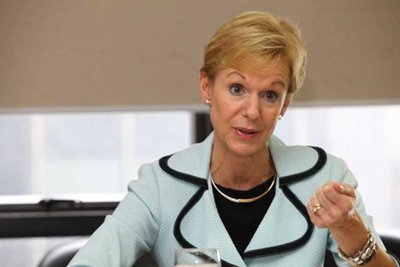 PHUKET: Tourism operators yesterday threatened to march on the US Embassy if the United States refused to withdraw its terrorism warning for Bangkok within two days. However, local tourism operators can rest easy, as the embassy has reiterated that the warning does not apply to Phuket.

“Those concerned operators will join forces to submit their demand to US Ambassador Kristie Kenney to clarify the impacts [on the tourism industry] of maintaining the warning,” said Watchara Kannikar, spokesman of the Tourism and Sports Ministry.

“They will also present information that they got in cooperation with the Foreign Affairs Ministry, the National Police Office and other security agencies, all of which show that Thailand is not a terrorist target,” he said yesterday after a meeting of the National Tourism Policy Committee.

The committee to monitor the situation after the posting of the terrorism warning in Bangkok by the US is also concerned about the impacts on tourists, especially those from China and India.

“Those news reports have made tourists reluctant to enter Thailand,” Mr Watchara said.

At the moment the number of cancellations of hotel-rooms and air-tickets has not reportedly jumped significantly.

Tourists have reportedly avoided Bangkok and proceeded directly to their destinations after taking off from Suvarnabhumi Airport to Chiang Mai and Phuket.

A US Embassy spokesperson told the Phuket Gazette this morning that the mission has adopted a “wait and see” approach in regard to the threatened protest.

He reiterated that the warning is specific to Bangkok and has no bearing on Phuket or other tourist destinations outside the capital.

Despite the worries over the terror scare, the Tourism and Sports ministry still projects that visitor arrivals will reach 19.55 million in 2012, up from 19 million last year. They expect to generate at least 760 billion baht in income for Thailand.

Tourism and Sports Minister Chumpol Silapa-archa went down to Khaosarn Road, where crowds of Israeli and American tourists gather, to convince them of Thailand’s security measures.

“We believe the warning will be revoked,” he said. “It will just take some time.”

Surapong also expressed confidence that foreign terrorists would not stage any attacks in Thailand because the country had been friendly to all.

This month, Atris Hussein was arrested at Suvarnabhumi for his alleged link to a terrorism network .

A police investigation suggested that Hussein was planning to export bomb-making materials, such as urea fertilizer and ammonium nitrate, to a third country. Ammonium nitrate is a prohibited chemical in Thailand and Hussein is now facing charges of unauthorized possession of the controlled substance.

Hussein has two passports, Lebanese and Swedish. He had allegedly rented a shophouse in Samut Sakhon for about two years to keep the large stashes of ammonium nitrate and urea fertilizer, which have now been seized.

National Police chief Priewphan Damapong said police were seeking an arrest warrant for a second suspect in the case.

“We have drawn up a sketch based on the description given by Hussein and the shophouse owner,” the general said.

This suspect had lived in the shophouse with Hussein for months, he said.

“We believe there’s solid evidence against him,” he said.

Phuket poll: How to steer kids clear of “corruption mindset’?