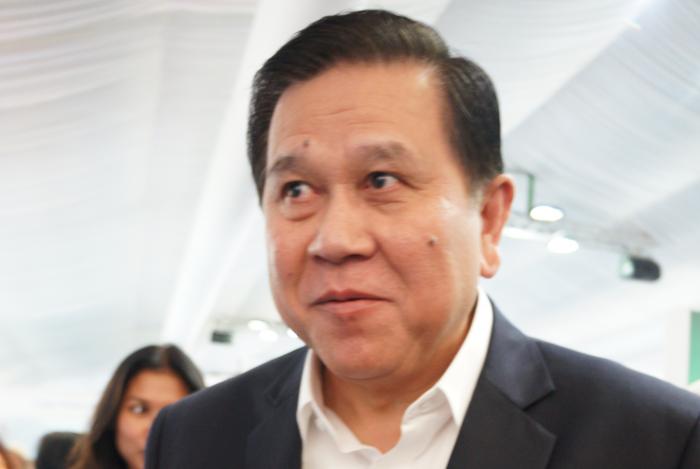 PHUKET: Deputy Prime Minister Tanasak Patimapragorn opened the inaugural Thailand Yacht Show (TYS) in Phuket on Thursday, as the country positions itself to directly, and indirectly, benefit from superyachts and their ultra-wealthy owners.

TYS, currently underway at Ao Po Grand Marina, will run until February 14, with about 40 yachts and at least 14 superyachts on display.

The event aims to support the government’s move to promote Thailand as the ‘Marina Hub of ASEAN’, as well as to stimulate Thailand’s economy and further develop its marine tourism industry, Tourism and Sports Minister Kobkarn Wattanavrangkul told the Phuket Gazette.

“Most importantly, ‘Thailand Yacht Show 2016’ will be a powerful platform for Thai entrepreneurs to unveil their products and one-stop services to high-end customers, ranging from yachting financial solutions to after-sales services,” said Minister Kobkarn. “However, many of the benefits and opportunities to the community will flow in after the show, as this is more than just a yacht show. This is Thailand’s grand opening for the marine tourism industry.”

Early in the development of the TYS, there were murmurs within the industry that ‘just another’ boat show in Asia was unnecessary. Quick to agree was Andy Treadwell, the managing director of 3L Events (Thailand) Co Ltd and organizer of Thailand Yacht Show 2016, as well as the Singapore Yacht Show.

“The region certainly doesn’t need any more boat shows whatsoever – unless they are providing a genuinely international, all-embracing marketing platform for the whole length and breadth of the yachting and boating industry, encompassing all sectors, in a strategically important location. And that is what TYS is going to provide here,” Mr Treadwell told the Gazette.

Mr Treadwell described the TYS, which is surrounded by some of the best cruising grounds in the world, as the perfect sister show for the Singapore Yacht Show, which is known for attracting business people, but not so much as a yachting destination.

“What is different about TYS is that visitors will be able to get on board boats from some of the biggest and best known brands in the world and take them for a trial sail – even some of the superyachts will be going out on short familiarization trips,” Mr Treadwell said. “The show’s berthing arrangements at Ao Po Grand Marina allows this. It’s a fantastic setting in the middle of Phang Nga Bay and positively entices people to get out on the water.

“At the same time, we will have on-water activities for all the family and water sports enthusiasts from all ends of the scale – paddle boards and jet-skis, as well as sailboats, motorboats and superyachts – plus the opportunity to try them out.”

Phuket is the first and the most obvious stop-off point for all the big boats coming to Asia from the Mediterranean via the Gulf of Thailand, the Indian Ocean and the Maldives. There are plenty of superyacht marina berths, hotels, refit and repair facilities and supply chain – and most importantly, it is a world-class cruising destination in its own right,” said Mr Treadwell.

“I think there is a genuine desire among Western yacht owners, captains and charter guests to find somewhere new and less crowded than the Caribbean for winter cruising – and here, even though it’s twice as far away, they will find unspoiled and virtually limitless cruising grounds, beautiful beaches and diving spots, as well as great service from friendly, happy people,” he pointed out.

Thailand has become the focal point for the superyacht cruising and yachting industry in Asia, and yet it hasn’t had a show that caters for superyachts until now, said Mr Treadwell.

“The government of Thailand has been very receptive to our proposals to change the regulations here and allow foreign superyachts to come here to charter,” he said. “We believe that is going to change things dramatically here, and will encourage big boats to come here in big numbers and spend big money. This is all good news for Thailand and its economy – it will positively affect the whole community.
But we need a properly-marketed international superyacht show to promote this.”

The long-term success of the government’s push to develop the marine industry and better cater to superyachts will come down to legislation, concurred Transport Minister Arkhom Termpittayapaisith.

“We have recently announced the regulations and requirements for the new superyacht charter licence that will allow foreign-flagged superyachts to stay and operate in Thai waters for one year. So far, three superyachts have been presented with the licence,” Minister Arkhom said. “In addition, we will collaborate with the Immigration Bureau to facilitate extending the length of stay for crew working on board a superyacht to one year, or equal to the yacht’s cruising duration. Meanwhile, the tax issue is being discussed among relevant agencies such as the Revenue Department.

“All these efforts reflect the government’s commitment to show to the world Thailand’s potential to become the ‘Marina Hub of ASEAN’ and to promote Thailand as an operation base for superyacht charters.”

Despite the progress already made, laws and regulations regarding foreign superyacht visits may need to be reviewed, admitted Minister Arkhom.

“This year, the Cabinet approved a fund of 15 million baht to organize this event and assigned the Ministry of Tourism and Sports to take full responsibility to ensure the success of the show and promote the good image of Thailand.”

The push to develop the marine tourism industry in Thailand comes directly from the Prime Minister, explained Minister Kobkarn.

Minister Kobkarn was quick to point out that the promotion of the TYS and the support for the marine industry wasn’t just Thailand catering to high-net-worth individuals, but in fact was a way to bring additional income into the lives of people of many economic backgrounds.

“Promoting yachting businesses will create employment and distribute sustainable income to local people, while providing constant learning for entrepreneurs and laborers to increase their specialized skills,” she said. “Therefore, it can be said that the promotion of ‘Thailand Yacht Show 2016’ will definitely provide tremendous benefits to Thai economy and society as a whole.”

Minister Kobkarn went on to point out that the yachting event would generate no less than US$200-400 million.

The yacht market in Phuket jumped by at least five per cent in last year, after having shown only a three per cent growth between 2006-2015.

“When a superyacht arrives in Thailand, they need a number of services from us. For example, one yacht might have a budget of about US$100,000 for flowers alone – those flowers will be supplied by businesses in Thailand,” Minister Kobkarn explained. “That is of course, just one simple example.”

The Minister noted that the shift toward catering to the superyacht industry was in line with the Tourism Authority of Thailand’s move to promote Phuket as a high-end tourist destination, rather than a place for package tours.

“Though each boat will only bring a few passengers to the island, it is likely that each one of them will spend between 1 and 2 million baht per trip. That money will trickle down to the local community,” she said. “This is about focusing on quality, rather than quantity, and is a big move toward re-branding Phuket as a luxury destination.”

Within the next two to three years, Mr Treadwell expects the show to attract more than 100 yachts, including 30 to 40 superyachts.

“Most importantly, we should be able to get more and more of the right visitors coming who will want to get involved and will charter or purchase a boat,” he said.

The Phuket Gazette and PGTV, along with our partner newspaper The Nation, are proud to be the national media partners for this show, Thailand’s largest and most lavish annual marine leisure event.

CPR brings tourist back to life