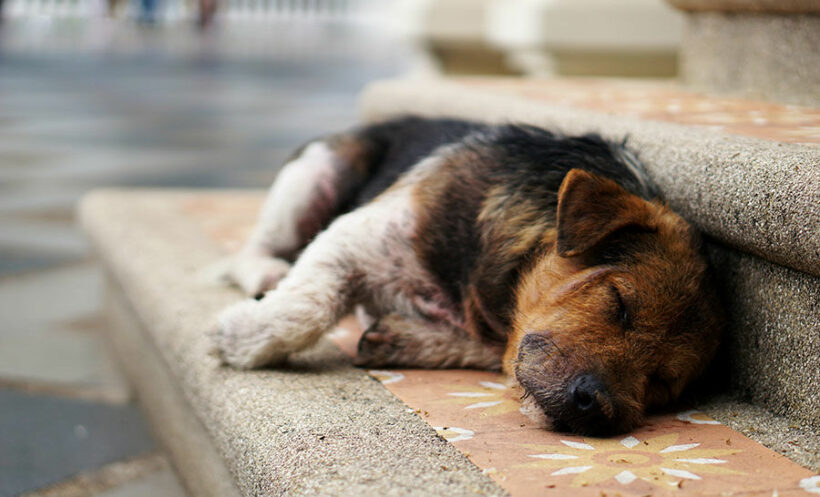 PHOTO: A Thai street dog by Lauren Kay on Unsplash

A former employee of a dog shelter in Buriram province, northeast Thailand, says she has had to leave her home and go into hiding after being harassed by the wife of the Frenchman who set up the shelter. Her claim comes after the couple were accused last year of forcing shelter employees to sit in dog cages, claiming it would help the dogs become more comfortable with them.

Now a report in Thai Residents, where the employee is named only as 25 year old ‘Miss A’, says the worker accuses the man’s wife of coming to her property and shouting verbal abuse at her on June 4. She says the incident was caught on CCTV and she has filed a police report. The police have summoned the accused to answer charges of trespassing and slander.

Miss A also claims that when she worked at the dog shelter, which it’s understood was set up by a French expat, employees were forced to sit in cages with dogs and were slapped and verbally abused. The story went viral last year when 15 employees filed a police complaint, but the case never went any further. Now Miss A says the Frenchman’s wife has been seen driving around her home and asking neighbours about her whereabouts. The former employee remains in hiding, saying she’s still too scared to return home.