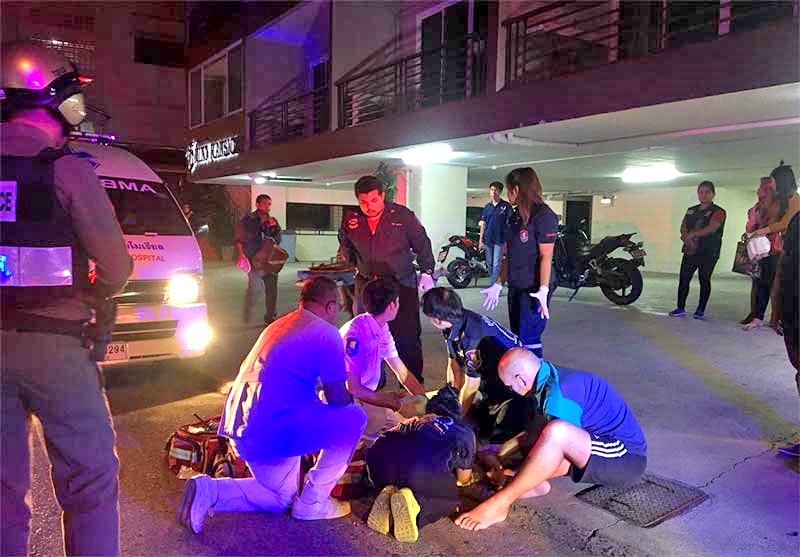 A Thai woman has died after falling from a room on the fifth floor of a Pattaya apartment early on today (Monday). Police are holding her Australian boyfriend for questioning following the incident at 2.30am at Min Mansion in Tambon Nong Plue, Bang Lamung district.

Police say 28 year old Wilawal Poolsukserm fell from her room and died on the way to Pattaya Memorial Hospital.

When rescuers arrived at the scene, they found her Australian boyfriend sitting nearby, holding her hand and crying.

A taxi motorcyclist told police that he saw Wilawal as she fell and then a loud bang as she hit the ground. Police held the Australian boyfriend for questioning to determine whether it was suicide or not.