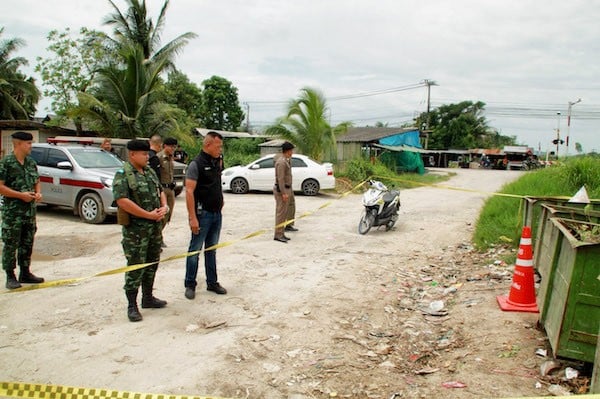 A bomb disposal crew in Hua Hin was called to the Soi 6 area on Monday following the discovery of an object which locals said looked like a grenade and could have been an explosive device.

Local police and military officials attended the scene next to the railway line on Soi 6 where they found an M18 smoke grenade, as used by the US Army, next to some garbage bins.

Despite sealing off the area, the device was found not to be dangerous. Police launched an investigation to try and find the owner of the smoke grenade. 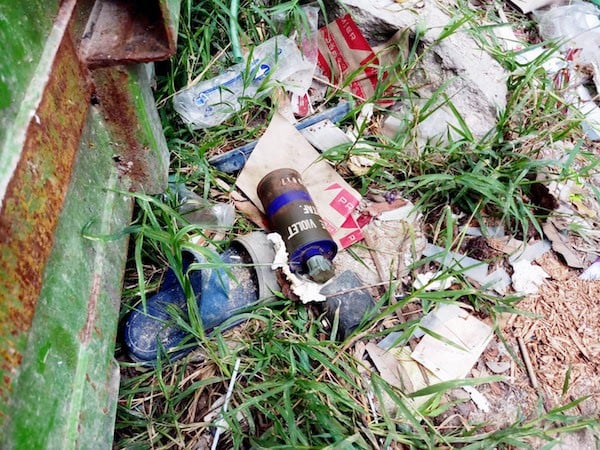