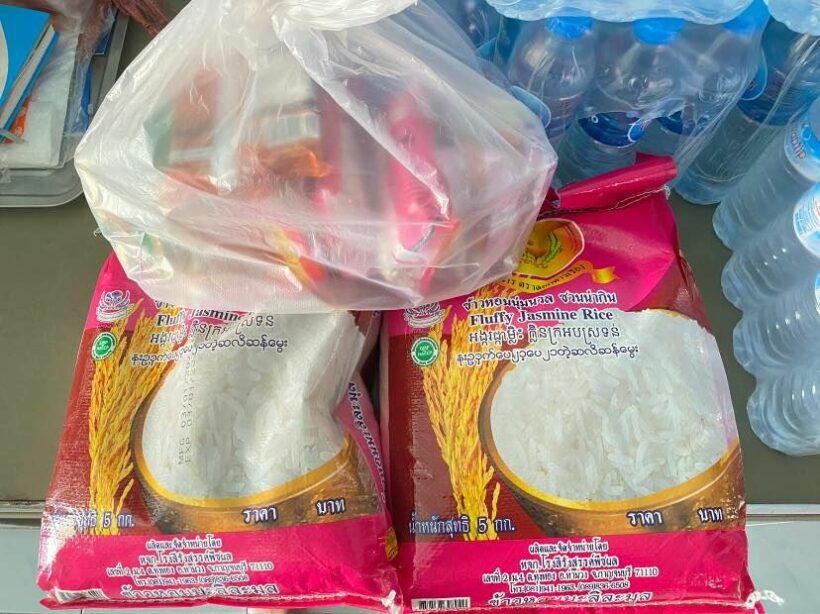 A number of locals in the southern province Trang say provincial authorities have skimped on the aid packages for those in home isolation while they recover from Covid-19. During the 10-day mandatory time in self-quarantine, the residents say authorities have only been giving them instant noodles, canned fish, and rice… not the three meals a day they say they were promised by local health officials.

Those infected with Covid-19 in Thailand are required to report their infection to the government and undergo a quarantine period at a field hospital or at home, depending on their symptoms.

In Trang’s Huay Yod district, a number Covid-19 clusters among families were reported and they were encouraged to quarantine at home. Leaving the house during the quarantine period is prohibited and local health officials have been responsible for providing three meals per day along with medicine and thermometers. But locals say they didn’t received the meals as promised.

Since those infected with the virus couldn’t leave the house to visited the market, neighbours helped stock up food for some of the families. But reports say some families had to stop working while they recovered and couldn’t afford to buy food, relying on the government for support.

According to Thai media, the aid package handed out to each of the Covid-infected residents included 10 packs of instant noodles, a can of fruit juice, a 250-millilitre bottle of vegetable oil, three packs of milk, three kilogrammes of rice, and 10 cans of fish. Residents told Thai media this wasn’t enough to support them during the 10-day quarantine period.

Trang Provincial Governor, Kajonsak Charoensopa, told Thai media that patients who tested positive in a rapid antigen test mainly got treatment at home. The provincial public health was responsible for offering food to the patients. The governor added that he had not recevied any complaints about the lack of food or quality of the aid packages before.

palooka
Punishment for registering maybe. How can they the Govt declare it endemic if these people keep registering with covid.