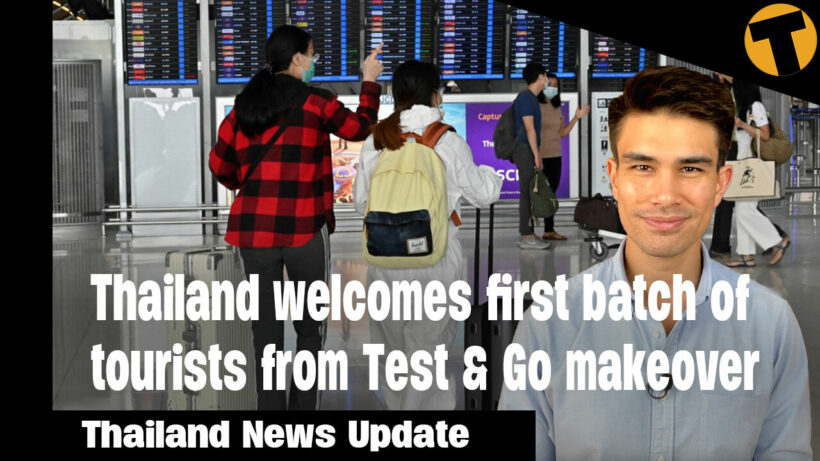 A man arriving from Guinea allegedly ingested 54 packs of cocaine, weighing just over a kilogram, trying to smuggle the drugs into Thailand. The Customs Department says the man underwent an X-ray which showed he had the drugs inside his body. The 44 year old suspect travelled from Nigeria to Ethiopia and arrived at Bangkok’s Suvarnabhumi Airport on March 5. The Customs Department says the man’s name was on a list of “suspicious” people. Authorities at the airport’s security gate searched his bags but didn’t find any drugs. But officers from the Airport Interdiction Task Force tracked him down to his quarantine hotel and monitored him until he was released the next day. He was brought to a hospital for an X-ray that showed the bars of cocaine inside his stomach—the drugs had a street value of over 3,200,000 baht and weighed just over 1 kilogram.
——
Since Covid-19 cases have soared in recent weeks due to the highly infectious, but less dangerous, Omicron strain, Thailand’s Covid hotline has been getting around 40,000 and 70,000 calls each day, with inquiries requesting beds and medical treatment. Several people say they’ve been unable to get through due to the huge volume of calls received and the lack of corresponding employees to answer the phones at the other end. The National Health Security Office has said it is committed to improving wait times on its 1330 hotline. They responded that there are a large number of calls to the hotline, and people shouldn’t call back with the same issues. They say around half the calls have been people asking about the status of their registration for home isolation after waiting many days for an answer from the hospitals where they had registered. The Public Health Ministry also says they will start an outpatient plan for Covid-19 patients on March 1 as an option to home isolation for people who have not yet applied. Newly registered patients were being forced to wait as the number of patients continues to outweigh hospital beds in numerous places around Thailand.
——-
A Thai teacher in Pattaya is being accused of hitting a 10 year old student because he was asking too many questions during an examination. The boy’s mother says he came home with a huge bruise on his back. The 28 year old mother made an official report to the police at the Nong Prue station and says she wants to prevent this from happening to other students. The mother told police that the 30 year old teacher admitted to hitting her son because she was angry. The teacher hasn’t faced any disciplinary action from the school, so the mother decided to report the incident to the police. Corporal punishment from teachers is a controversial issue in Thai society…. many teachers will use a ruler to slap a student’s hand as a quick punishment. Some say that the punishment is considered physical abuse and violates the child’s rights. However, other conservative groups see it as a process to raise discipline in Thai society.
——-
Phuket welcomed its first group of Test & Go travellers entering the island province by sea and tourism officials says more visitors travelling on cruise ships and yachts will be entering under the quarantine exemption scheme that currently applies for anyone coming into Thailand at this time. On March 1, the Centre for Covid-19 Situation Administration eased travel restrictions, allowing Test & Go travellers to enter Thailand by land and sea, not just air. Under the entry scheme, travellers must undergo a PCR test on arrival. People arriving by air must stay at an approved hotel or resort for a night while they wait for their results while those travelling by sea must isolate on the yacht or cruise ship. Yesterday, Phuket provincial authorities and relevant departments welcomed the first group of tourists who travelled from Singapore by the Malaysian yacht named “The Maggie.”The ship had docked at the Ao Por Grand Marina, which has been modified to be a “smart pier”, equipped with auto gates, CCTV with temperature detector, and passport scanner.
——-
The Thai Navy has helped five crew members on a gas tanker get to shore after one complained that they had been on board the vessel for 13 months without leave. The Schumi 7 LPG tanker, en route for Bangladesh, was redirected to a boat pier at Ao Makham Bay in Phuket. Noppadol Boonmee, a crewman on the vessel, had a 9-month contract with the company but hadn’t once been allowed ashore for over 13 months. He contacted the Thai Maritime Enforcement Command Centre Area 3 for help this week. They notified the 3rd Naval Area who decided to step in to help him and his crew members. The Schumi 7 was tracked down and found to be located off the coast of Phang Nga province. The 3rd Naval Area sent HMTS Laem Sing and patrol boat Tor 229 to the spot and redirected it to the shore. Of the 18 crew members on board, five of them wanted to leave the vessel.
———-
The Central Vaccination Centre at Bangkok’s fancy new Bang Sue Grand Station is now offering vaccine shots, regardless of which does it is for both Thais and foreign nationals… and now on a walk-in basis. You no longer need an appointment. The Central Vaccination Centre claims that elderly people who are inoculated with booster jabs are 41% less likely to die from Covid-19 than unvaccinated people, citing a study that shows immunity is at its strongest after 7-14 days of being vaccinated. The CVC says they are ramping up vaccinations in the build-up to the Songkran festival in the middle of next month.