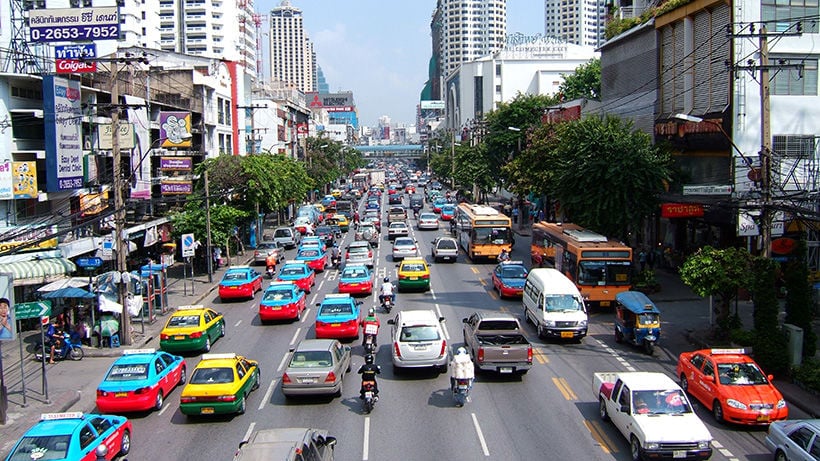 8 new confirmed cases of Covid-19 have been announced at this morning’s daily press briefing in Bangkok, maintaining the recent trend of single-digit daily increases.

The new cases take Thailand’s total to 3,000 since the beginning of the outbreak. No new deaths were reported, leaving the tally at 55. All of the new cases were located in the deep South and either imported by, or associated with, people who recently travelled from Malaysia.

Only 161 patients remain under treatment for Covid19 in the entire country, with 12 more people having fully recovered and released.

Bangkok immigration police have arrested 5 organisers and 73 employees at a building for running an illegal finance firm.

Police raided the building in Chom Thong district, where alleged Chinese loan sharks were operating under cover of a shelf Thai company. The company, “Thai Luck Trade” was extending loans at interest rates far higher than the limit under Thai law.

The company was registered as a merchant dealing in glasses, watches and cameras but they secretly developed applications with names like “Cash Home” and “Take Money Quick,” which had been downloaded over 100,000 times to extend loans of between 2,000 to 20,000 baht, and required customers to pay 42% of the loan amount as a “registration fee.”

Additionally they were charging interest rates up to 600% per year. The company’s accounts showed that it had 200 million baht in circulation to more than 20,000 customers.

Thai PM Prayut Chan-o-cha has provisionally approved a suggestion from Health Minister that China and South Korea be removed from the list of Covid-19 “hotspots”.

The number of confirmed cases in both countries has now dropped into single digits and attempts are being made to re-establish economic and social ties.

But the CSSA says these ties will be restored gradually and there will be no sudden return to freedom of movement for Chinese or South Korean citizens coming to Thailand, or from any other country.

Flights from all international destinations, except for medical supplies, freight, repatriation flights or emergencies, are currently banned until at least the end of May.

Meanwhile the Thai PM said today that the economy would improve once businesses reopen and starts employing people, and tourism resumes. He said…. “Tourism, tourist destinations and hotels will be improved so that tourists will have confidence and return to Thailand. We will take special care of public health,

Pattaya’s beaches are closed until the end of May in an effort to prevent socialising and to slow the spread of the coronavirus.

Pattaya’s police posted photos on Facebook of the taped-off beaches and warning signs. They announced…

“Those who try to access the beach could face a year in jail or an up to 100,000 baht fine. People and tourists are prohibited from gathering in the areas between 9am – 9pm during the three-week period.”

However, people are still allowed to walk and exercise on the sidewalks adjacent to the beaches.

Thai family heads out on a 1,000 kilometre trek on clapped-out motorbike

One family had a mission to get home, but with a broken down motorbike, it was some of the communities along the way that helped them to complete their journey.

About a week ago, a mother and her two children set off on their trip using a run-down motorbike and sidecar. They had a nearly 1,000 km journey ahead of them, from Pattaya to their home in Mae Sai, Chiang Rai.

The family broke down in Tak, about halfway home. They were broke and could not fix the bike on their own. But with help from the local Tak community, the family was able to get up and running again.

They made it to Lampang where they were checked by health officials. But this time volunteers from Mae Sai organised a van and pickup truck to take the family back to their Mae Sai home.

7-Eleven, Family Mart cash in on the pandemic