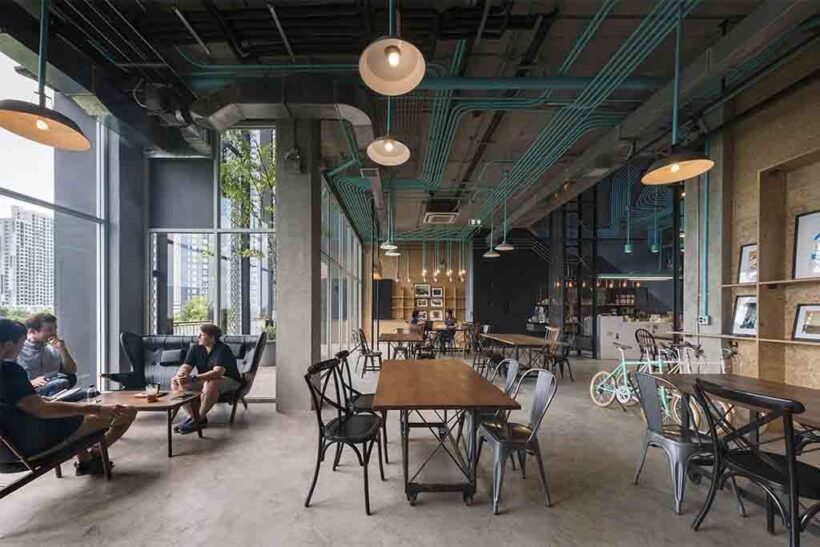 CBRE, an international property consultancy company, reveals that co-working space seems to be on the tip of everyone’s tongue these days. There was a time when no-one knew what the term “serviced office” meant or why someone would want such an option. But today, you can’t open a business publication without seeing an article about co-working. Most people think of co-working spaces as being a thriving hub of young latte-sipping, technology entrepreneurs, coming up with the next big idea that will make them multi-millionaires.

While there is an element of truth to this image, the end-goal for many co-working space operators is to change the way that companies, not just start-ups, source their office space. They want companies to pay for office space as a service rather than follow the traditional route of signing a lease, fitting out their own space, having an office manager maintain the premises and hiring their own employees for reception and administrative duties.

Co-working office operators usually offer companies their own private space. It is most common to be offered an office based on the size you will need to fit in a set number of desks. For example, if your company has four employees, your package offer will include a furnished closed office with four desks, 4 chairs and optional telecommunications equipment for four people (internet service, phone number and a telephone handset).

There is usually a common kitchen area and spaces to meet and mingle. Think of it like a five-star hotel, you’re not sharing a room, but you are getting a high level of service and amenities on the premises.

You usually have a short-term commitment, not signing a lease for years. The best deal is usually for a year or more, but you can lease your office for as short as one month. Starting and ending your relationship with an operator is most often quick and easy. Since the office is already outfitted and reception services provided, getting to work is much quicker than when you need to design your new space yourself or hire your own support staff.

“Competition in the space is red hot. As more and more offices pop up, the fight to achieve 100% occupancy is fierce. When shopping for your space, be sure to consider more than just price, as the services and reputation of your provider are just as important.

“If you do your homework, you’ll avoid the pitfalls of co-working space, such as unreturned deposits, unexpectedly thin walls between units or fees for things like coffee and copying that you didn’t expect. The great news is, changing providers is much easier than with traditional space,” states Mr. Nithipat Tongpun, Head of Advisory & Transaction Services – Office, CBRE Thailand.

According to a recent CBRE report on the New York City office market:

In Bangkok, four large co-working space operators are opening in multiple locations. JustCo, Spaces, The Great Room and WeWork leased a combined total of 25,000 square metres of space in some of Bangkok’s best office buildings last year and they are still growing.

“I recently met Yvan Maillard, general manager of The Great Room‘s Singapore operation and he said that, in Singapore, 30% of his clients are late stage start-ups, 30 % are private investment family offices and 30% are mainstream corporates. In the case of corporates, they often lease co-working space as a stopgap before finding a larger permanent office for their expanding team,” said Mr. James Pitchon, Head of Research and Consulting, CBRE Thailand.

It is not only the way companies source their office space that is changing. Even those companies who continue to lease office space directly are changing the way that they use the space – having your own office or even your own desk is out of fashion – agile working is all the rage.

Mr. Nihipat added, “Companies are providing employees with a daily choice of environments from quiet space to a layout that enables teams to collaborate. Employees are expected to move around the office, depending on their tasks. The objective is to create a workspace that fulfills the employees’ needs in a high-quality environment, while minimizing the number of individual desks needed, effectively putting more people to work in less space.”

Globally and in Bangkok, the office market will continue to evolve and while traditional leases are yet to be seen as a thing of the past, CBRE expects more companies to provide agile working environments. CBRE also expects to see significant growth in the amount of co-working spaces provided by third party suppliers.

“This will mean an increase in the demand for high quality buildings with flexible, column free floor plates, technically advanced air conditioning and temperature control, as well as sufficient lift capacity to deal with higher rates of occupation density.

Many of the new generation of buildings currently under construction or being planned in Bangkok will have these features and we won’t be surprised to see more and more co-working spaces open their doors as companies weigh the real advantages of this option versus traditional space. Check out our list of the best 5 co-working spaces currently available in Bangkok. 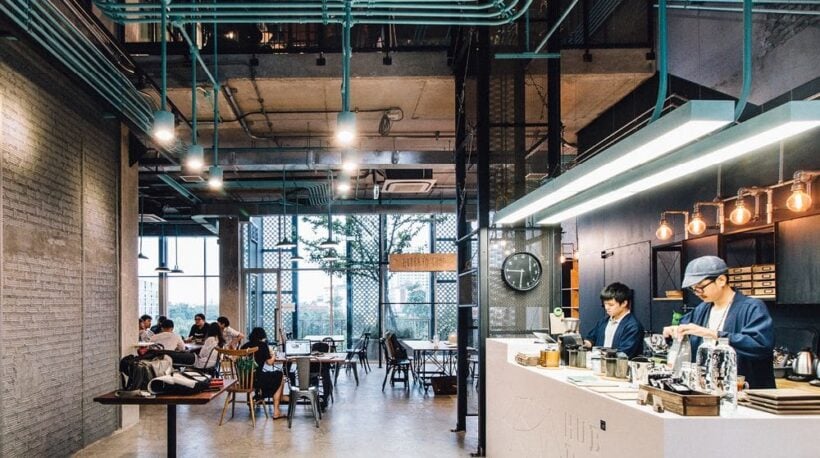