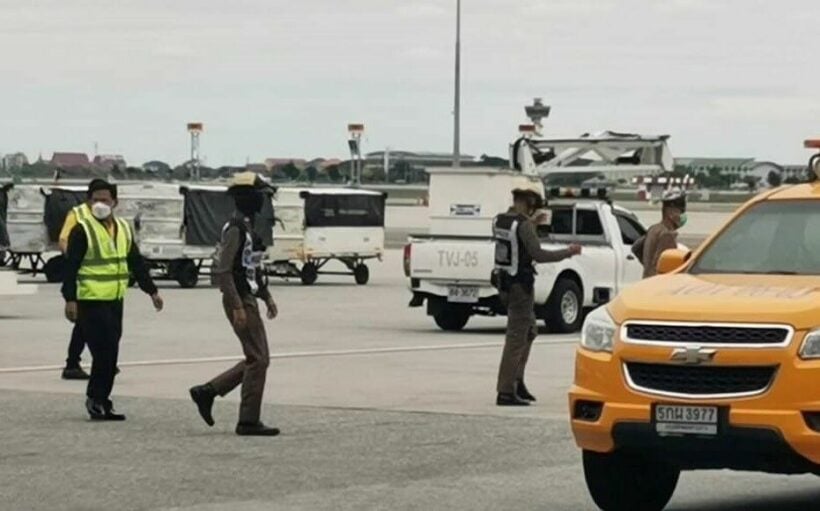 Officials are reviewing security measures at Bangkok’s Suvarnabhumi Airport, after a man, allegedly high on drugs, managed to reach highly-restricted areas at the facility on Tuesday. The airport’s general manager, Kittipong Kittikachorn, says the man managed to reach the aircraft airport, but the authorities followed the guidelines of the International Civil Aviation Organisation in apprehending him.

“I can assure everyone that Suvarnabhumi airport maintains its internationally accepted standard of security.”

According to a Bangkok Post report, the man, who is now in custody, was allegedly high on drugs when he managed to gain access to the aircraft apron by riding a motorbike through a gate used by airport workers. Kittipong says the airport security centre was alerted to the breach and the man’s movements were monitored via CCTV.

The report states that at one point, the man was seen running erratically by an aircraft parking bay, while wielding an axe. He pointed what seemed to be a handgun at guards, warning them not to approach as he made his way to the aircraft apron.

The man was eventually detained by security guards as he tried to enter a terminal building. He has been named as 34-year-old Vachara Khambut, from the north-eastern province of Loei, and was carrying a pair of scissors, a replica handgun, and an axe when detained.

HolyCowCm
Once again old news from another day.

Soidog
Joking apart, this is a very serious incident and could have repercussions for the airport. We all know the security steps people have to go through to access an aircraft, and yet this guy managed to get airside and was…

palooka
4 hours ago, Thaiger said: the authorities followed the guidelines of the International Civil Aviation Organisation in apprehending him. “I can assure everyone that Suvarnabhumi airport maintains its internationally accepted standard of security.” A standard that allows nutters with axes…