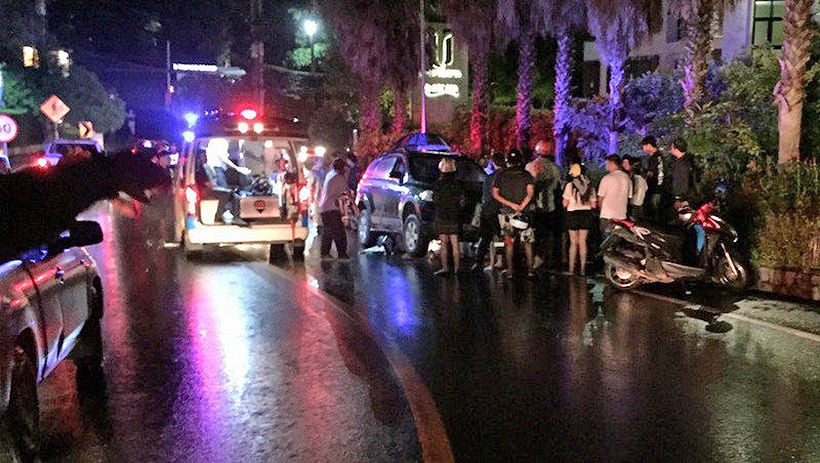 The Phuket News reports that an Indian woman has been killed, and her male companion injured, following a motorcycle accident in Patong.

The accident happened last night on the Patong to Kamala road. When police arrived on the scene shortly after 8.00pm, they found the tourists trapped under an SUV, with the 23 year old driver, Worachat Thapachetriwas, waiting at the scene.

The dead woman has been identified as 29 year old Indian national Pragya Paliwal, while the injured man is 27 year old Nitish Mishra, also from India.

Lt Col Somnuek Damkaew from Kamala Police says witnesses reported the man and woman heading south on the bike from Kamala beach while it was raining. Mr Mishra, who was driving, lost control of the bike, which slid across the road, into the path of the oncoming car.

Mr Mishra is being treated in Patong Hospital but there is no further information on his condition at this time.