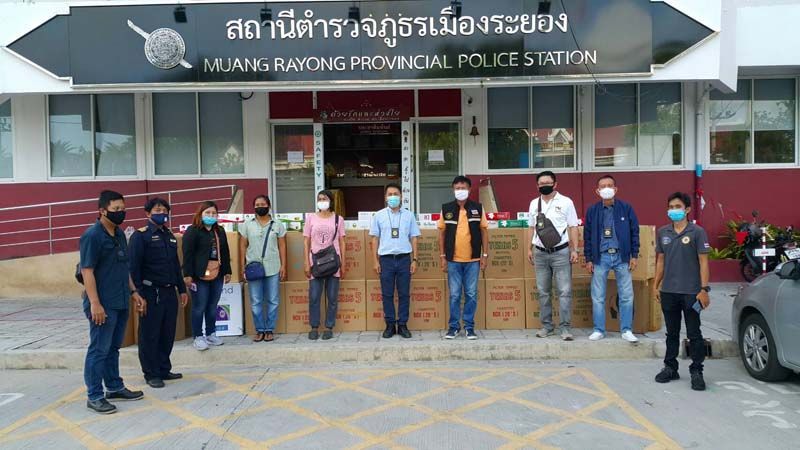 A Thai ‘auntie’ and her daughter from Rayong have been fined 15 million baht for smuggling 37 crates of cigarettes, valued around 200,000 baht, from Cambodia. 53 year old Pisamai and 34 years old Somradee tried to smuggle nearly 19,000 packets of cigarettes over the border.

Investigators raided their apartment in Muang Rayong. They were caught red handed loading the cases onto a 3-wheeled motorbike. 10 metres away police found the rest of the boxes. They were both arrested.

Pisamai told police that this was the second batch of cigarettes received from Cambodia. The first batch was early in April – a delivery of 17 crates of cigarettes of a variety of popular brands. She says she hired Somradee to help her move the cigarettes into a room in exchange 300 baht.

A spokesperson for the Thai Excise Department says he received the tip-off from detectives about the smuggled cigarettes and notified the police. Both suspects have been fined 15 times the value of tax evaded – a total of about 15 million baht each.