Either by hard work, serendipity or pure luck, the smog and haze in the North has eased considerably within the seven-day timeframe set last Tuesday by the Thai PM General Prayut Chan-o-cha.

The PM flew into the smoke-stricken Chiang Mai last Tuesday to meet with northern provincial governors to work out active solutions. During the visit, the premier made clear that he expected clear results within seven days and promised to take action against officials who failed to meet the target.

Prayut also directed relevant authorities, as part of short-term measures, to focus on reducing the number of hotspots, as they were the main polluters. His intervention has led to intensive efforts to combat forest and plantation fires.

The Third Army Area organised more than 100 helicopter flights to help extinguish wildfires during the week. Meanwhile the GeoInformatics and Space Technology Development Agency’s fire-monitoring system reported that the number of hotspots in nine northern provinces had dropped to 231 yesterday – a significant drop from nearly 2,000 on April 2. 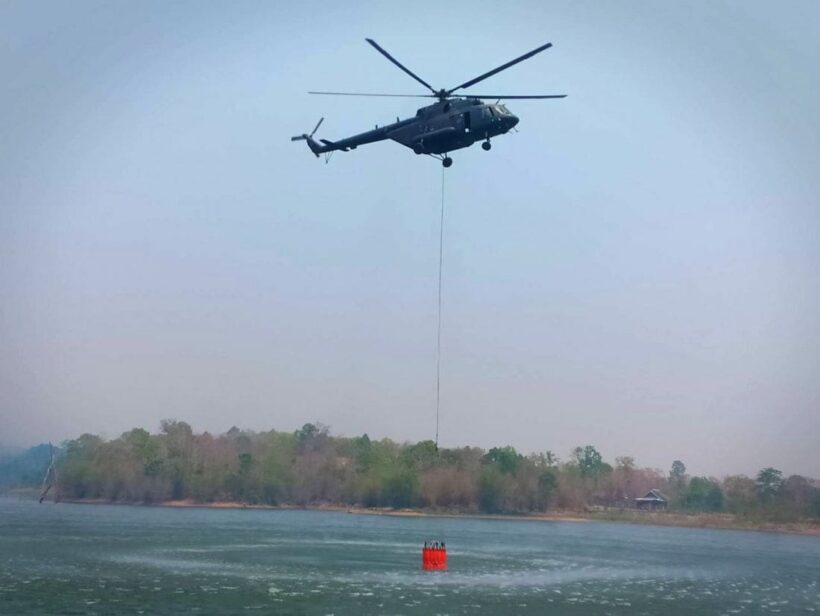 While the intensified efforts have apparently improved air quality in the smog-hit North over the last week, the progress is bittersweet.

“While there, he suffered serious stomach ache and headache. Though he was rushed to hospital, he suffered a stroke on the spot and needed to be transferred to a better equipped hospital.”

According to doctors, Wichien is currently in a coma, and his body is showing no signs of response. Doctors believe there is little chance of recovery.

Many locals are complaining of respiratory and related problems with doctors and hospitals reporting a huge influx of patients related to the smog problems. This morning’s Chiang Mai readings from AirVisual.com below.

Forest fires destroy 2.7 million rai of land whilst Chiang Mai is back on top