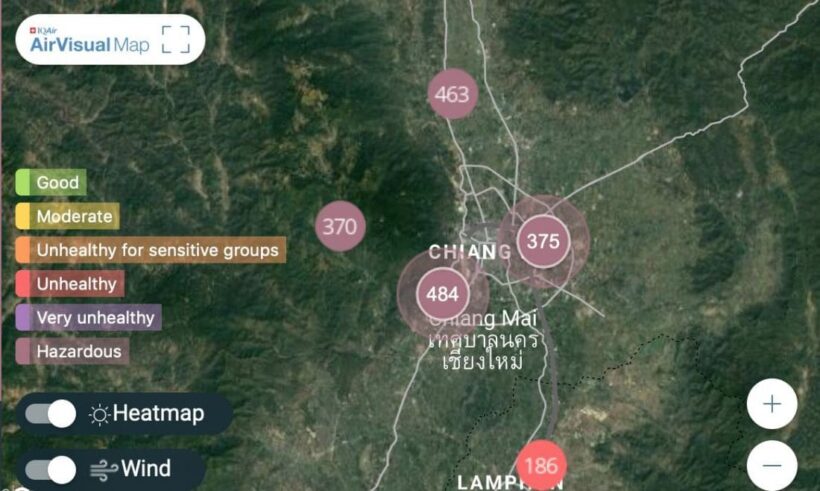 Chiang Mai is back on top of the world’s list of most air-polluted cities, according to the AirVisual.com website.

In its six scale listings Chiang Mai is now listed at the bottom as ‘Hazardous’, the scale doesn’t go any lower.

The Chiang Mai University, the Rajamangala University of Technology Lanna and Chiang Mai provincial administration confirmed that the air quality in the city remained critical.

Summer storms on the way for north, north-east