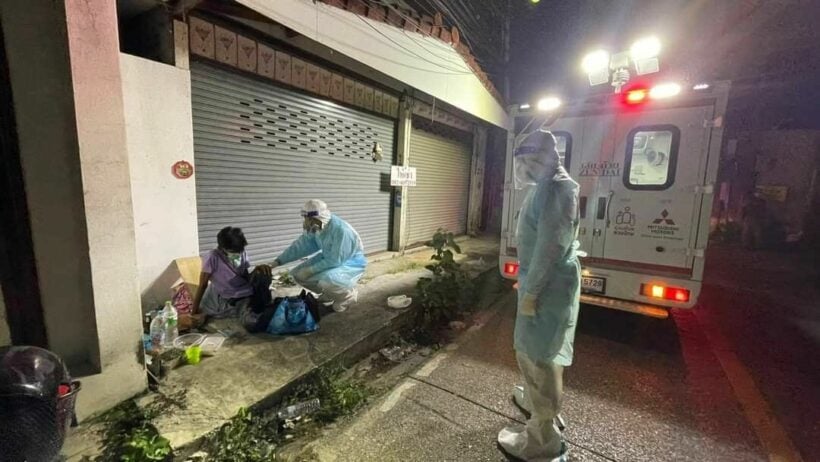 Today, Thailand’s CCSA reported new Covid-19 infections over the past 24 hours have reached 21,232 with 39 Covid-related deaths. Thai media and volunteer groups are also reporting that the availability of beds is “at a crisis point”.

Photos of patients being left to wait for treatment on the street or on temple grounds are also being shared around social media. Authorities insist that the situation “is under control”. They claim there are beds and medicine available and enough for the current level of Covid patients.

The volunteer Facebook page ‘Survive Sai Mai’ (Sai Mai is a district in Bangkok) posted a video of a 60 year old man who had become infected with Covid-19 and was waiting for treatment at a temple in Bangkok.

Another volunteer Facebook page ‘Zendai’ also shared photos of a man found laying on the street complaining that he was gasping for air and was tired. He tested positive for Covid-19 and is now receiving treatment.

There’s also another viral story about a mother with a one year old daughter waving for help from her balcony because they had become infected but weren’t able to find a hospital or contact anyone to get treatment.

Yesterday, the Minister of Public Health, Anutin Charnvirakul, explained to reporters that the photos and claims of the alleged Covid-19 patients left on the streets and other public locations “were not accurate”. He had checked with his team and did not find any records of the incidents.

“I also watched the news and didn’t ignore what’s happening. I asked the secretary and other directors to check, but no one was left on the road. Beds were still available. We now operate a Home Isolation system also.”

An officer from Bangkok Emergency Medical Centre or Erawan Centre also insisted that residents can contact a hotline on 1669 (in Thai only) if they have severe symptoms. He believed that a “miscommunication” caused someone be left on the street.

The officer said that the centre might not know whether patients were infected or not because there was no document to confirm, so the centre didn’t send a car to pick them up. The officer said he was sorry for the lack of compassion and vowed the Erawan Centre “would improve and fix the problem”.

Numerous other online stories claim that they were refused testing by hospitals “because it was a weekend”, and some claimed they were unable to contact the 1330 hotline to join the home isolation system.

The National Health Security Office says that 1330 hotline has received over 20,000 calls per day, and that’s why people were unable to make contact. They say that the solution, in that case, is to contact via the Line app or complete self-registration through an online form instead, but did not comment on residents who were unable to afford a smartphone or internet services. 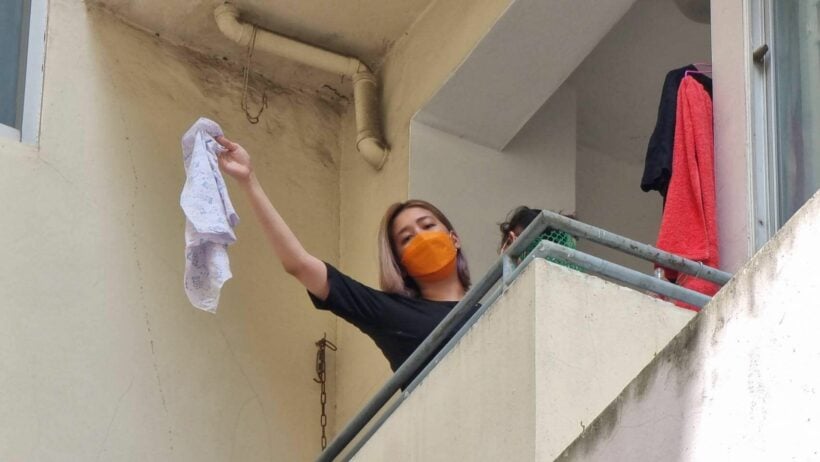 PHOTO: Mother, with a 1 year old daughter, asked for help after getting infected by waving to passers-by.