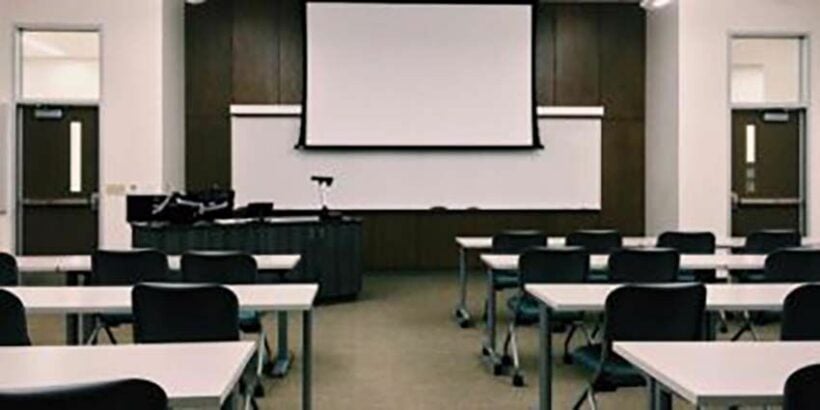 The Bangkok Metropolitan Administration has closed all 437 municipal schools and 292 nurseries in the capital, amid confirmation of an additional 121 cases of Covid-19 in Samut Sakhon. The central province has become a hotspot of local transmission, with infection primarily concentrated on its migrant worker population.

BMA spokesman Pongsakorn Kwanmuang adds that most city officials have been ordered to work from home, calling on private companies and other government agencies to follow suit.

“We only have 4 weeks to control the disease. Global statistics show that 88% of outbreaks spread to become more severe. But if we can control the Samut Sakhon outbreak in 4 weeks, we may join the 12% that snuffed out the threat. Hence the meeting passed a resolution that 437 BMA-run schools and 299 child centres will be closed for 12 days to reduce social mixing, starting from December 24.”

Thai PBS World reports that Surasak Pholyoungsong, deputy governor of Samut Sakhon, has confirmed that total infections in the province now stand at 1,184.  Of those, 55 are Thai nationals and the remainder are Burmese workers. 76 people, including 4 migrant workers, are receiving hospital treatment. To date, 9,417 people have been tested for the virus, with 5,292 results returned. Officials plan to test at least 10,300 people.

Migrant workers are currently being quarantined in the fish market where they worked, in a bid to prevent any further community transmission. Surasak says healthcare workers from Bangkok’s Bumrungrad Hospital are working with local officials to arrange accommodation and food for the workers.

Meanwhile, a Korean food outlet in the Siam Centre shopping district has had to close for 3 days for deep cleaning and disinfection after a staff member tested positive for the virus. According to a post on the restaurant’s Facebook page, the employee had visited Samut Sakhon in the days before the outbreak. Other staff members have all tested negative but have been placed on leave for 14 days and asked to monitor their health in that time.