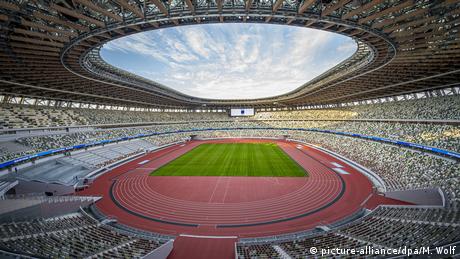 “We had no choice,” said Seiko Hashimoto, the head of the Tokyo Olympics Organizing Committee, after announcing the decision to ban spectators from next month’s Games.

It’s been clear for several months that foreign visitors would not be able to travel to Japan, but organizers had hoped to allow 10,000 local fans per event in order to create at least a semblance of Olympic flare.

But now, it’s official: for the first time ever, the Olympic Games will take place in empty arenas. Welcome to Tokyo 2021: The Coronavirus Games.

The organizing committee had no other option but to pull the plug after discussions with the Japanese government and the International Olympic Committee (IOC). Hard facts and the general atmosphere saw to that.

For the last three weeks, COVID-19 infection rates have continued to rise in Japan. As in many other countries across the world, the highly infectious delta variant is chiefly responsible.

The deteriorating situation has only added to a public mood that was already increasingly critical of the Olympics, with many in Japan fearing that the Games could turn into a super spreader event.

The virus as a souvenir

The concerns are understandable. The biggest sporting event in the world combined with a pandemic — the two just don’t match.

Over 11,000 athletes plus thousands of coaches, team members, officials and journalists from all over the world are expected to descend on Tokyo. The probability of at least some of them bringing the virus with them is surely close to 100%, as is the likelihood that others will end up taking it back home with them as an unwanted souvenir.

Of course, the nuclear option would have been to cancel the Games altogethet, which could hardly be expected just two weeks before the opening ceremony.

But, in banning spectators from the events, the organizers in Tokyo are at least taking a minimal amount of responsibility — which is more than can be said for European football’s governing body, UEFA, and their European Championships.

UEFA has facilitated the spread of the virus with partly, and sometimes completely, full stadiums and has willingly accepted the risk of potential deaths.

This op-ed was adapted from German by Matt Ford

Euro 2020: What type of England might football come home to?