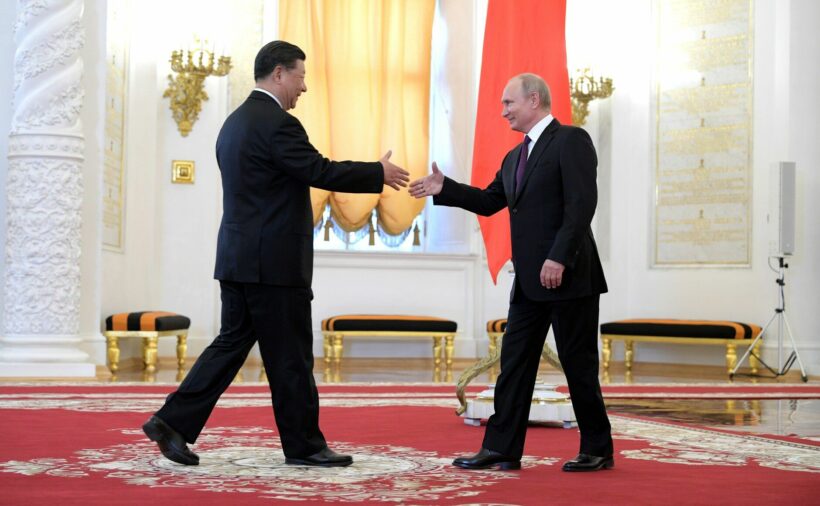 In early February, China asked Russia to delay its invasion of Ukraine until after the Winter Olympics in Beijing, according to a New York Times report, which quoted a European official and officials from the Biden administration, who cited a report from a Western intelligence agency.

The intelligence report showed that high-level Chinese officials had some degree of knowledge regarding Russian President Vladimir Putin’s plan to invade Ukraine before he launched a major military operation against the sovereign post-Soviet bloc country on February 24, The Times reported.

It remains unclear exactly how much knowledge Chinese leader Xi Jinping had of Putin’s invasion plans, a China expert at the Centre for Strategic and International Studies, told Reuters.

“Given the evidence we have so far, I think we can’t rule out either possibility definitely: that Xi didn’t know, which is bad, and that Xi may have known, which is also bad.”

The intelligence did not necessarily indicate whether Putin had discussed his invasion plans with Xi directly, The Times reported. Notably, China delayed to evacuate its citizens from Ukraine, before abandoning evacuation efforts until the conflict ends.

The expected invasion came just four days after the conclusion of the Beijing Winter Olympics, and after weeks of failed peace negotiations and warnings from Western nations.

Speaking to Reuters, Liu Pengyu, a spokesman for the Chinese Embassy in Washington, dismissed the report is part of a blame-shifting smear campaign aimed at China.

“The claims mentioned in the relevant reports are speculations without any basis, and are intended to blame-shift and smear China.”

But officials reviewing the report considered it to be credible. It contained intelligence on the dialogue between Chinese and Russian officials, which the unnamed Western intelligence service had collected, The Times reported. As such, it was circulated among US and allied government officials, who interpreted the information differently as they debated Putin’s plan.

Xi met with Putin at the opening of the Olympics on February 4 in Beijing, which resulted in a joint declaration declaring a “no limits” partnership between the two countries, pledging to join forces against the West and usher in a new era of true “democracy.”

Cabra
5 hours ago, Thaiger said: Xi met with Putin at the opening of the Olympics on February 4 in Beijing, which resulted in a joint declaration declaring a “no limits” partnership between the two countries, pledging to join forces against…
JamesR
Some commentators on the BBC UK had been saying the Russians were waiting until after the end of the games before invading, that was stated continually a few weeks ago.