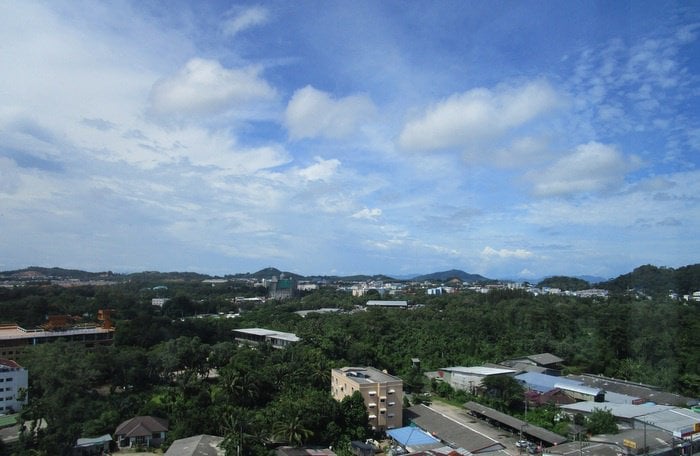 PHUKET: The budget condominium segment in Phuket and many other cities in Thailand is now suffering from the large supply that has inundated the market over the past 5 to 7 years, Phanom Kanjanathiemthao, Managing Director of Knight Frank Chartered Company, said this week.

This low-end market, with units costing from about 1.1 to 1.8 million baht, has also very clearly been impacted by Thailand’s slower economic growth, with the Asian Development Bank getting ready to revise downward its projected GDP growth for the year, reported at just 2.9 percent for the first half.

However, Mr Phanom mentioned that buyers of all segments of residential properties are unlikely to be greatly affected by the National Reform Council recently rejecting the draft constitution.

Foreigners who had already planned to acquire property here can still do so whether there is a new constitution or not. There are no laws blocking them, and what they were previously permitted to do they can continue doing.

“I think issues about the new charter might not have as strong an impact as the economic problems – not just here, but in Europe and the rest of Asia as well – and the problems of currency fluctuations.”

Another factor undermining the ability of local people to buy a property is that their income has not increased at the same pace as property prices, which have jumped over the past 5 to 7 years, Mr Phanom explained.

Developers have had to hike prices because land costs have markedly increased, with construction costs too having steadily gone up.

“So it’s understandable why they cannot maintain the old prices,” he said.

While previously developers reduced the smallest unit size from around 30 square meters to approximately 22 sqm to bring prices down, Mr Phanom pointed out it would be difficult to reduce unit sizes any further.

On the other hand, the luxury and high-end markets do not appear to have changed substantially because buyers in this segment have money and are in a strong position to buy property regardless of the economic conditions.

“If their business is not good they might delay buying for a bit, but this group, if they find a property they like, are in a position to buy.”

With Phuket’s market diverging in many directions from modest budget condos to posh million-dollar villas, investors tempted to jump in right now are advised by Mr Phanom to focus on return on investment and only go in for well-managed developments, with hotel-brand properties perhaps being the safest choice.

“The issue is that prices have not dropped; the initial cost is the same, even though the market does not show a clear positive sentiment.

“So we have to ask ourselves whether the timing is good for an investment. However, there are some projects worthy of consideration. These are run properly like a hotel and offer readily rentable units that generate income which we can see.

“But there are a lot of properties which are not really right [for investment].”

Knight Frank Chartered’s boss added that developers offering buyers a 5 to 7 per cent guaranteed return for a certain number of years are in fact indirectly giving buyers a discount because they dare not openly slash prices.

“Investors have to focus on the operation, management and the ability of these properties to generate income in the future, not just for the next few years, as otherwise they might get nothing at all after that.”