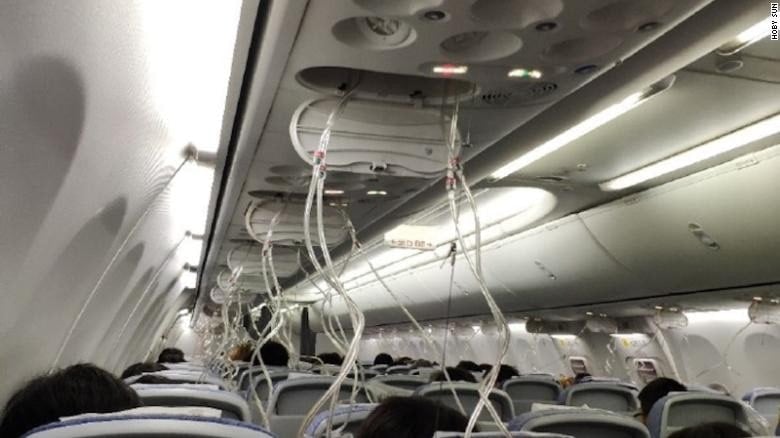 A vaping co-pilot in the cockpit of an Air China flight has caused the plane to plunge 6,000 meters (19,600 feet) after mistakenly flicking the wrong switch.

A senior official from the Civil Aviation Administration of China (CAAC) told reporters Friday that, without notifying the pilot, the unnamed co-pilot was trying to turn off air recycling fans to prevent the vapor from spreading into the passenger cabin. Instead, he toggled the wrong switches, which were close to his intended target, leading to a drop in oxygen levels that triggered altitude warnings.

The plane was a Boeing 737 carrying 153 passengers and 9 crew on a 3-hour flight from Hong Kong to the northeastern city of Dalian when the incident occurred. The plane landed safely in Dalian, according to the CAAC.

Chinese news agencies are reporting that, after the sudden drop in altitude, the plane eventually climbed back to around 7,500 metres (24,600 feet) and flew to its destination with a “less-than-adequate oxygen level” in the cabin.

In a video of Flight CA106 obtained by the Beijing News, a flight attendant is seen walking down the aisle to check on passengers, some of who are putting on oxygen masks in response to a pre-recorded announcement in Chinese and English asking them to do so.

Read the rest of this horrifying flight HERE.