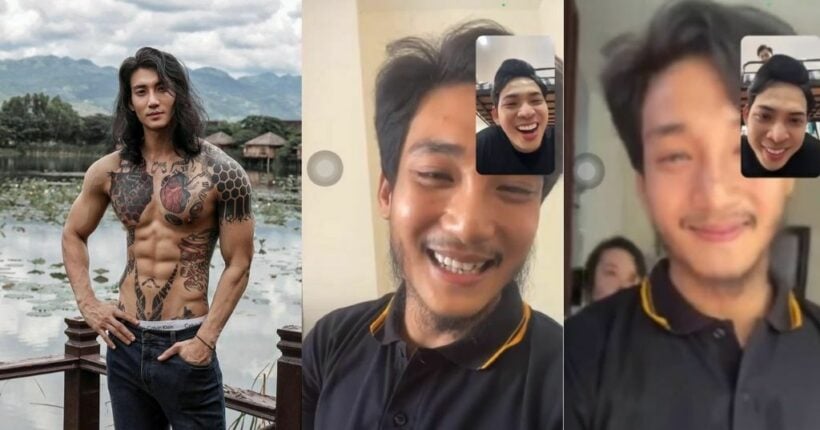 The famous Burmese model and actor detained by the Myanmar junta for his role in the mass anti-coup protests has been pardoned and released.

25 year old Paing Takhon, who is also famous in Thailand, was arrested last year for his influence in the country’s pro-democracy movement following the February 2021 military coup. He had been charged for dissent against the military and sentenced to three years in prison with hard labour.

Mass protests erupted in Myanmar following the military takeover where forces ousted and detained the democratically elected state counsellor and many civilian politicians. Security forces launched a bloody crackdown on the anti-coup protests, killing more than 1,500 people, according to a local monitoring group.

Paing, who has been in TV shows and commercials in Thailand, was one of around 120 celebrities on the Burmese military’s wanted list following the coup.

Yesterday, a former Thai reporter who spent time in Myanmar made a post on her Facebook page “Natty in Myanmar” sharing that Paing was among six actors and directors being released from jail. She posted screenshots from a video call with Paing, showing that he had made it home safe.

In the absence of Chinese tourists, TAT pins its hopes on short-haul markets