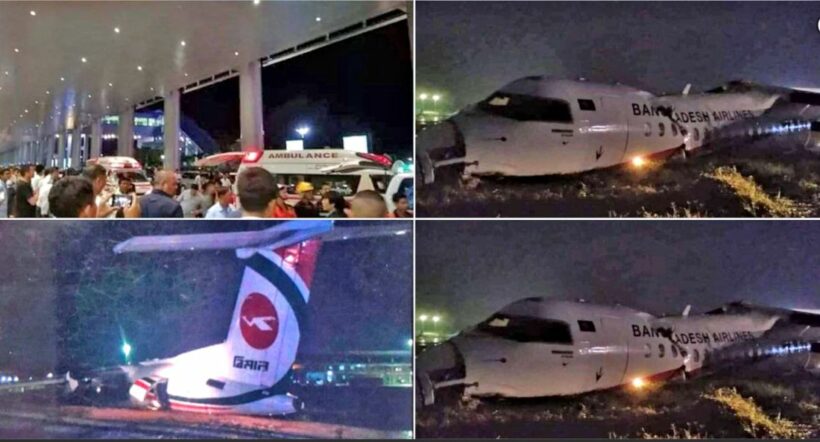 A Biman Air aircraft has skidded off the runway in Yangon, Myanmar and broken into pieces. The Biman Airlines flight was carrying a reported 33 people. Biman is the flag carrier of Bangladesh.

At least five women and 12 men were being taken by ambulance to North Okkalapa Hospital at around 9pm last night with more serious injuries.

Yangon Airport was closed following the crash. All inbound and outbound flights are currently redirected or cancelled.

A Biman Airlines spokesperson claims the incident was a result of poor weather conditions.

One of the two pilots was among the injured, no one onboard had suffered “life threatening” injuries, according to rescue crews.

The body of the jet appears crumpled and the fuselage broken by the impact. The wings also appear extensively damaged. 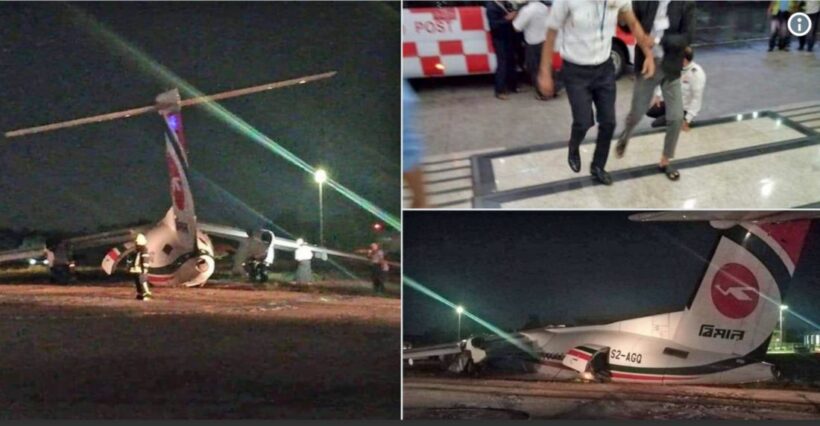