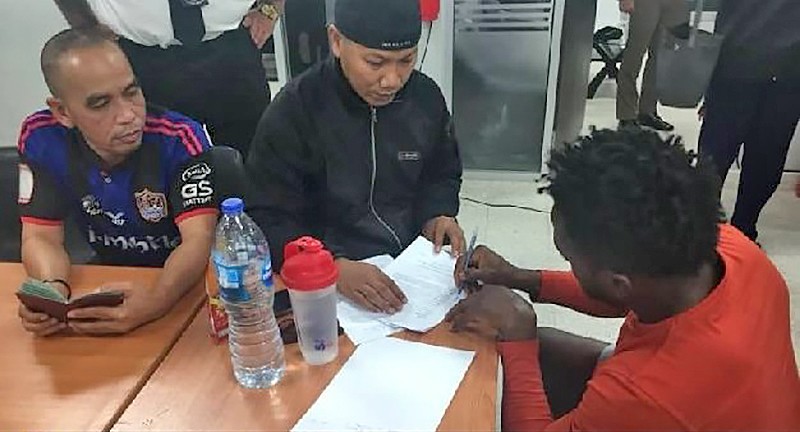 The Daily Mirror is reporting that a British tourist is being forced to apologise after being caught out in an insurance scam while holidaying in Koh Samui. 35 year old Adesanya Olamide Omolaja had told police he was robbed at knife point by three men who stole his backpack. Omolaja claimed the robbers escaped on motorbikes with his backpack, which he said contained an Apple MacBook.

He then filed an official police report in order to try and claim on his insurance.

However, after checking CCTV footage, police saw that when Omolaja had left his room in Bophut he did not have a backpack with him.

He was also with a woman, which contradicted his claim that he had been alone during the time of robbery. Omolaja was then arrested on June 14 and admitted that his Apple MacBook had actually been lost back in London. Details of Omolaja’s arrest were posted on the Surat Thani immigration website.

Speaking to the Daily Mirror, Omolaja said, “As you have seen from the video that was what happened to me the other day. I guess the lesson here is that when you come over to Thailand, just be straight up with the police. Don’t lie.. again, I took bad advice and see where it landed me.”

Read the story on the Daily Mirror HERE.