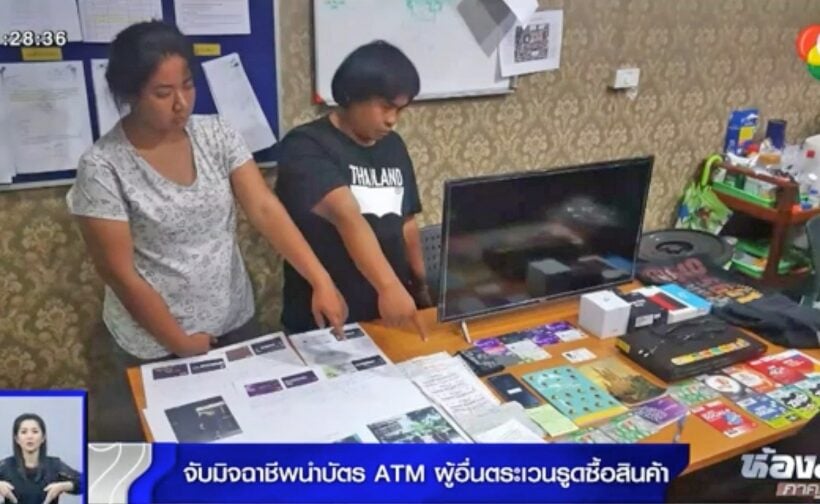 Credit card theft is an ongoing cat and mouse game between criminals, bank encryption technology and lawyers fighting to recover lost funds from victims. In this case the cards were recovered and the culprits apprehended.

Channel 7 report that CCTV footage from a 7/11 store in Bangkok revealed on Thai TV showed the moment when a Thai woman went to reclaim an ATM card left in a machine outside the store.

The woman claimed that the card was hers and it was handed over to her by staff at the branch in Ratchadaphisek, Bangkok.

She was then caught on another camera checking to see if the card had been cancelled at a machine.

Along with her boyfriend they managed to use the card to withdraw cash to purchase goods and even took a holiday in Krabi on the proceeds.

Channel 7 did not explain in the TV report or online how the couple found out the password of the card.

Police arrested Kotchaporn Chaihanam and her boyfriend Wasan Tepin at a gas station on Chaeng Wattana Road. At their house they found seven other ATM cards and a collection of other goods such as gold jewelry, phones, electrical appliances and watches. 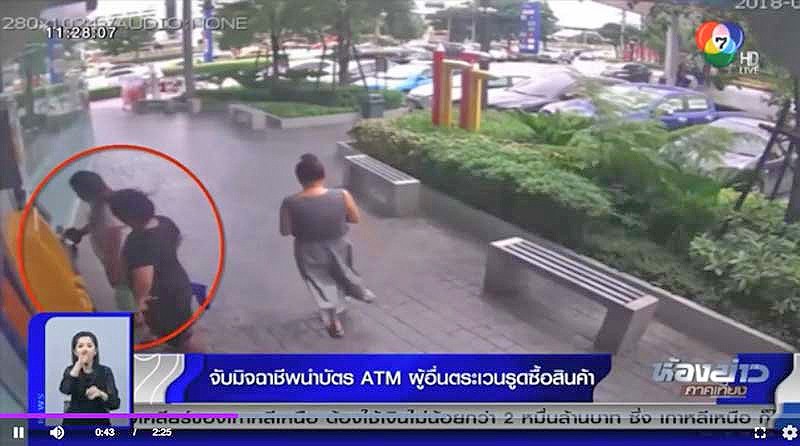