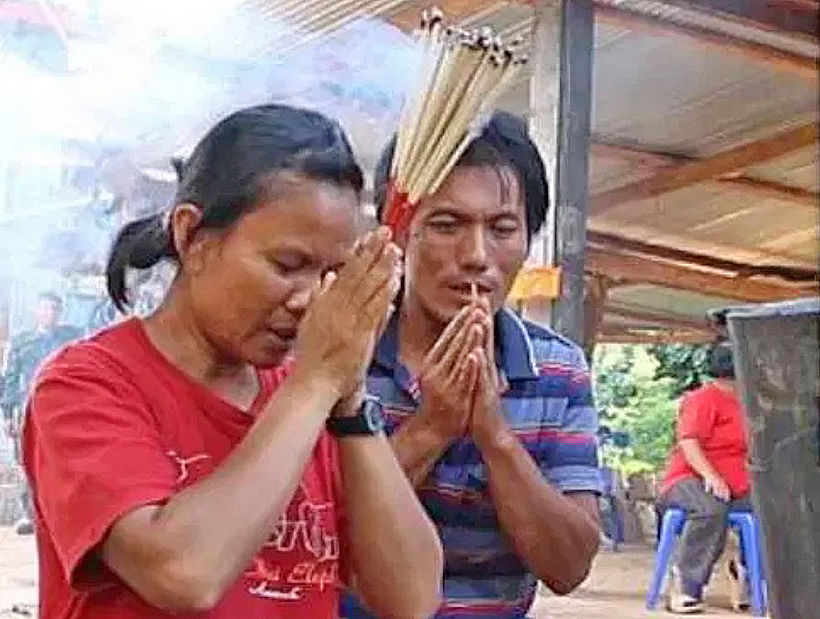 The body of 3 year old girl, missing since Monday, was found naked and apparently strangled in a forest in the northeastern province of Mukdahan on Thursday. Now her parents believe their daughter was killed by a local villager.

“Nong Chompoo’’ Wongsricha went missing on May 10. After a massive search involving some 500 officers and volunteers, police in Dong Luang district found her body 4 days later in Phu Phan Noi forest. The search got a break when 70 year old Toon Prom-ngoi, a resident of neighbouring Sakhon Nakhon province, reported that she had found a child’s green slipper while gathering mushrooms in the national park which straddles the two provinces.

Toon led police to the spot where she found the slipper and they subsequently discovered the little girl’s body and clothes nearby.

They believe she had been dead at least eight hours before being found.

Police say they returned to the crime scene to collect more DNA evidence and questioned 5 people. They did not elabourate on the suspects behind the girl’s murder.

40 year old Sawitri Wongsricha, the victim’s mother, says she and her husband suspect the killer “knew the routes and was not afraid to go into the forest,” implying the killer is a local and familiar with the area. Sawitri says she doesn’t know the identity of the suspect or what the motive was.

An autopsy to determine the cause of death and whether the child was sexually assaulted has been promised.