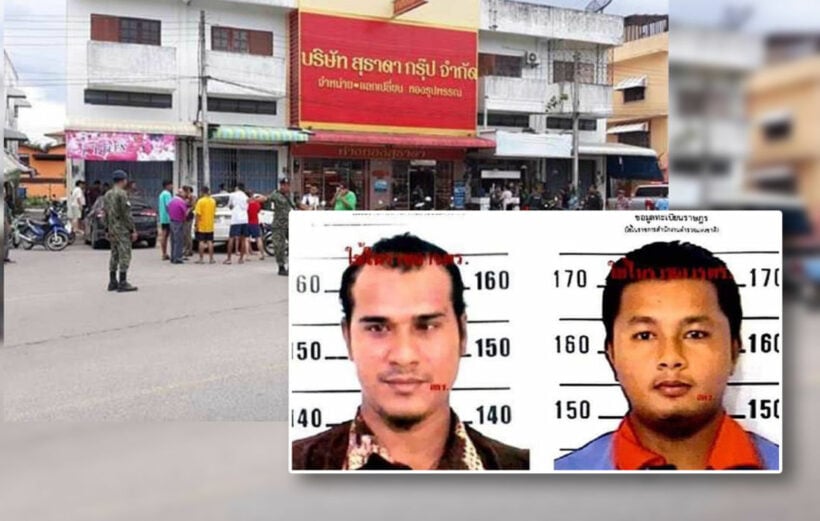 The Na Thawi Provincial Court in Songkhla has issued arrest warrants for two men suspected to be involved in the 85 million baht gold shop heist on Saturday. Authorities have already linked the robbery to the southern insurgency claiming militants would sell the gold to finance operations.

Police have already named another man, Jae-arong Heng, as a suspect but no warrant has been issued for his arrest at this stage.

The three have been alleged to be among the ten or more thieves wearing military-style uniforms, and armed with assault rifles, that robbed the Suthada Gold Shop in the Na Thawi district in Songkhla last Saturday around midday escaping with gold and jewellery valued at 85 million baht. At the time The Thaiger reported the value around 60 million baht.

One of the men is also wanted on three other warrants for the alleged murder of two security officers and a civilian in Pattani between 2014 and April this year.

The other man has four other warrants outstanding, including the alleged robbery of cars that were used in southern bomb attacks.

The bandits arrived at the Suchada Gold Shop in a white van, stolen earlier in the day from a man in the neighbouring Pattani province. Witnesses say there were three men and two women in the robbery team although later investigation and checking of the CCTV showed that were up to 12 people involved in the heist.

They walked into the gold shop and pointed their weapons at five female staff, disabled the CCTV system, grabbed all the gold on display and escaped in the waiting van in a well co-ordinated attack. The whole event took around ten minutes according to police.

Rawsalee Yohlen, the owner of the van, told police that he was hired by three men to pick up their friend but was bound and dumped by the roadside, at gunpoint, in the Nong Chik district in Pattani. 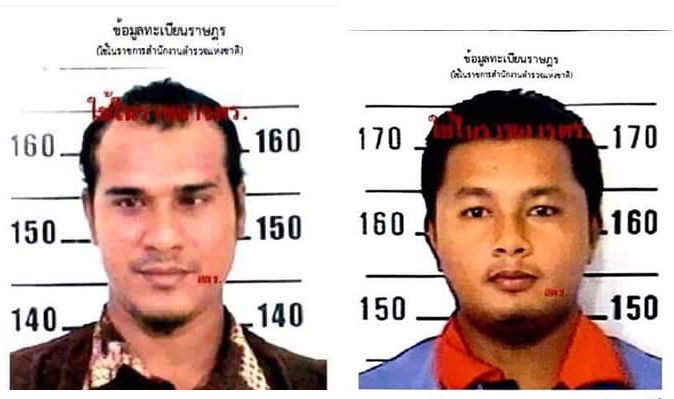