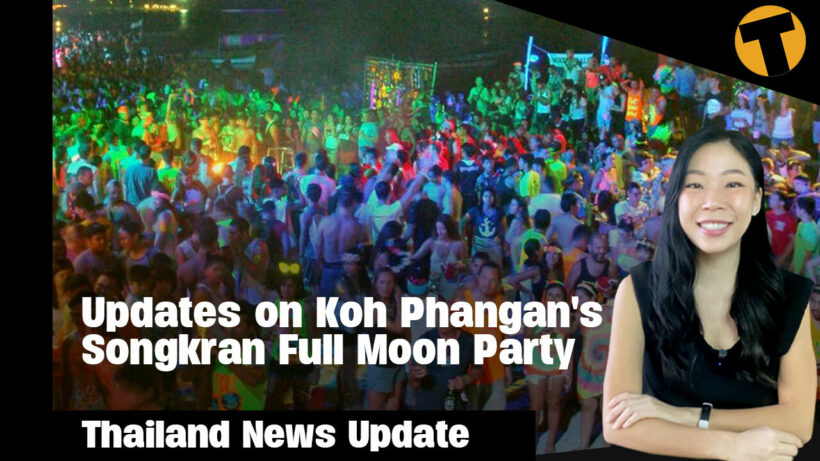 Thai PM Prayut Chan-o-cha says he’s unfazed by recent polls and shrugged off any suggestions his popularity was waning, insisting the government has “fared well” to run the country over the last few challenging years. He was responding to a NIDA poll released on Sunday that gave him only 12.7% of the respondents saying he would be the next prime minister. He was outpolled by Move Forward Party leader Pita Limjaroenrat, but only by 1%. More worrying were the other political leaders in the top 6 places…. All representing opposition parties. 27.6% of respondents didn’t think any of the poll options were up for the top job. The poll was conducted from March 10-15 on 2,020 people aged 18 and overSpeaking about yesterday’s cabinet meeting, the PM said the cabinet meeting discussed a range of topics, including the Covid pandemic, the Russian-Ukraine war and its impact on the economy. He added that the government has approved a set of measures to help ease the impact of rising fuel prices arising from the Russia-Ukraine conflict.

After a controversial meeting with the Russian ambassador on news coverage of the Ukraine conflict, the director of the Royal Thai Army-owned TV Channel 5 is being replaced. Reports point out the tipping point was a meeting between Channel 5 director Rangsee Kitiyanasap and the Russian ambassador earlier this month. Rangsee says he had submitted a letter of resignation, which said he was leaving the news outlet due to a “personal reason”.Rangsee had met with the Russian Ambassador to Thailand Yevgeny Tomikhin over a week ago to talk about a news partnership between Russia’s military network and other news outlets. He then signed an agreement regarding coverage of the ongoing crisis where Channel 5 staff would need to verify reports with the Russian embassy. But Rangsee says that he also met with Ukraine’s Chargé d’affaires to Thailand to discuss a news exchange with Ukraine for balanced coverage of the ongoing conflict.In an interview with Thai PBS, Rangee said they needed more news sources for coverage of the Ukraine conflict, saying… “We have been relying too much on western news agencies. How can we tell whether what they report are true? We need to have balance in our news.”Two anchors on Channel 5 spread false information on a broadcast earlier this month, stating that Ukrainians “faked casualties,” while showing footage from a climate change protest in Austria last month where activists lay on the ground with body bags as a demonstration.

Koh Phangan’s famous Full Moon Party has been given the green light for Songkran, the Thai New Year known for it’s both traditional and then non-traditional water splashing, but there hasn’t been any word if the more enthusiastic version will be allowed on Haad Rin beach. Koh Phangan, one of the trio of Gulf of Thailand islands off the Surat Thani coast, is known for its massive parties on the beach every month on the night of the full moon. This year, the full moon falls on Saturday, April 16, coinciding with Songkran, which is starts on April 13 and will be celebrated for 5 days this year. Despite the rumour about the Covid-19 clusters from the Full Moon Countdown event for New Years, a doctor from Surat Thani’s provincial public health department insists there have been no clusters from any of the parties on Koh Phangan, adding that the number of cases in the province has been at a normal rate in comparison to other areas. But the upcoming Full Moon Party will be hosted under “strict Covid measures” with more health officials screening attendees, which may include checking vaccination certificates.

Four teenagers have been arrested after they allegedly attacked a convenience store staff member who told customers to wear face masks before entering the shop.Surveillance camera footage from the shop in the central province of Ratchaburi shows a group of teenagers gathering around the 19 year old employee before attacking him, punching and kicking until he fell on the floor. The employee told Thai media that one of the teenagers walked inside the shop without a face mask and seemed to be drunk. Just like he does with other customers, the employee politely asked the teenager to put on a face mask. The teen allegedly shouted and cursed before punching the staff member in the face. The employee said he fought back to protect himself, but more teenagers came in and attacked him. A woman, who seemed to know the teenagers, stopped the attack and brought the victim inside the shop. Police tracked down the teenagers who all lived nearby. They were charged with attacking others and causing serious injuries. The officers are waiting for a doctor’s report about the staff member before pressing more charges.7-11 stores around Thailand require you to take your temperature at the door and wear a mask whilst inside their shops.

Police arrested a man in a post office yesterday in the central province of Samut Prakan after being tipped off that he was selling, ummm special green leaves, via Facebook and Line and casually sending the said leaves to customers through the government postal services. The man’s regular customers were granted entry into a special Line group and sent a Buddhist amulet with their brick of compressed green leaf as a one-off gift for their loyalty. The 21 year old was making an average of 75,000 baht per month selling the mood-enhancer online.Tossawan Chantri was arrested in a post office while holding a box containing 2.5 kilograms of the green bricks, most likely sourced from the Golden Triangle, bordering Thailand, Myanmar and Laos. Calling himself Green Isaan 420, he was advertising his services in various Facebook groups, which ultimately led to his arrest as members of the public complained about the account to local police, who somehow managed to track the account. Tossawan told police he began using drugs when he lost his job in November last year, just selling small amounts locally. But he then said it was so easy, he started expanding the business with larger amounts. Soon enough he was making 75,000 baht per month, which he told police he spent on his family and on online gambling.