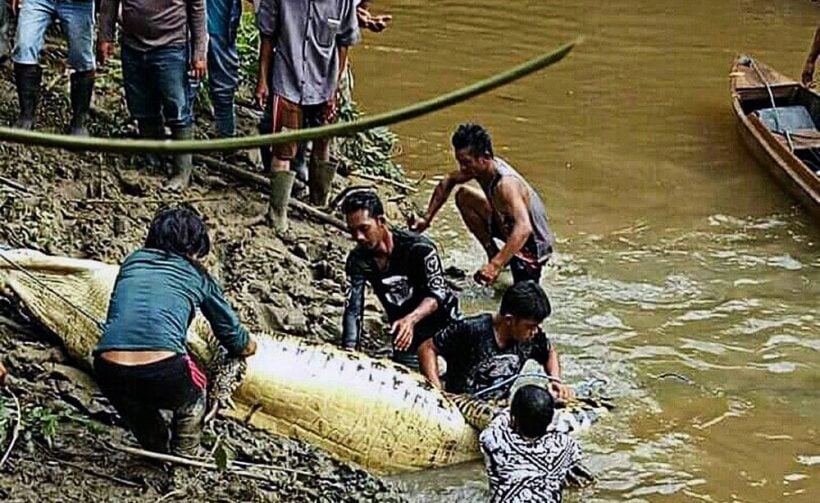 45 year old ‘Muslim’, a resident of the Aurgading village in Jujuhan district, Jambi, Indonesia, died after being mauled by a 6 meter crocodile when he went to bathe in the Jujuhan river on Saturday evening.

The Jakarta Posts reports that the village head, Hamrozi, said that during the past six months he saw three crocodile attacks in the river. He suspects the cause of the conflicts was the crocodiles’ decreasing habitat due to illegal gold mining in the river. Residents are afraid the animals are being pushed out of their habitat and are roaming for new food, forcing them into residential areas – including crocodiles.

Hamrozi said the other two people survived their attacks, but Muslim died a day after his attack on Saturday.

“He escaped the attack at first, but he suffered severe injuries to his leg. His left leg, from the thigh to the calf, was badly injured,” Hamrozi said yesterday (Sunday).

Muslim was treated by a local herbalist and medical personnel at the Hanafie Hospital in nearby Dharmasraya regency, but he succumbed to his injuries at 1:30 a.m. on Sunday morning.