PHUKET: This week’s “Weird World News Round-up” is dedicated to those things deemed unseemly for the public, but have still wiggled into international headlines. The 100-year-old record of horrid penguin sex antics that was snuffed out before going to the public press has resurfaced; in parts of the US, laws are issued on public cursing; and it turns out root foods are more dangerous to the public than originally thought.

You can’t handle the truth – about penguin sex
Captain Scott’s landmark polar research about the Adélie penguin’s sex life was deemed too shocking for the public over 100 years ago, but it is now available at the Natural History Museum, reported The Guardian.

George Murray Levick, a scientist with the 1910-13 Scott Antarctic Expedition documented sexual coercion and necrophilia being practiced by the little tuxedo patterned birds.

Mr Levick was horrified after observing a young male Adélie penguin attempting to have sex with a dead female.

“Blizzards and freezing cold were one thing. Penguin perversion was another,” The Guardian noted.

Mr Levick was the only scientist at the time to have observed the entire breeding cycle at Cape Adare.

Some of the dead female penguins that the males were attempting to have sex with had died the previous year, and even chicks were coerced into having sex, and were occasionally killed.

Mr Levick documented the “hooligan males” sexual activity in Greek, so only the well educated would be able to decipher the horrors he had witnessed.

On returning to England he produced a paper titled “Natural History of the Adélie Penguin” for the general public. However, the penguins’ perverse sexual acts were deemed to shocking and not included.

The material removed provided the fodder for a separate short paper “Sexual Habits of the Adélie Penguin”, which was privately circulated among a handful of experts, according to The Guardian.

Levick’s notebook, finally available to the general public, is on display at the Natural History Museum in the UK until September 2 as part of the Scott’s Last Expedition exhibition.

A town ordinance outlawing swearing in public was approved on Monday for the sensitive citizens of the small town, about 80 miles outside of Boston.

Mimi DuPhily, 63, a member of the town’s beautification committee, spearheaded the project after being confronted by the loud swearing of teenagers in the town’s streets.

“We’re not talking about just conversation, but screaming it across the street,” said Ms DuPhily on Tuesday.

“Dropping F-bombs and so on. It was the same group of kids. It was very irresponsible behavior, and it was getting out of hand.”

The ordinance does not specify which curse words are banned, though Mrs DuPhily said that the ordinance is designed to only affect you if you are verbally abusing someone from “across the street”, which would seem to exclude quite coffee-house cursing.

Under the ordinance police can choose to issue offenders a twenty dollar ticket [about 630 baht] or not.

The dangerous root of the issue
The seemingly benign world of root foods, is apparently too much for the general public, as food items have now been labeled the “most dangerous vegetables” by The Telegraph.

Just-Eat, an online takeaway service, polled more than two thousand customers, and the tough skins and odd shapes of pumpkins, turnips, swedes and other root foods was too much for most home cooks.

Two-thirds of kitchen injuries came from preparing difficult to cut tuberous vegetables according to the survey.

“Our research shows that cooking at home can be a dangerous game. When it comes to food preparation, it’s the usual suspects that crop up time and time again,” said David Buttress, managing director UK for Just-Eat.

“Preparing hard root vegetables is something better left to the professionals. If it’s a choice between laying down the potato peeler for a night or a trip to the hospital waiting room – I know which I’d choose,” he added.

Not a lot of joy, really 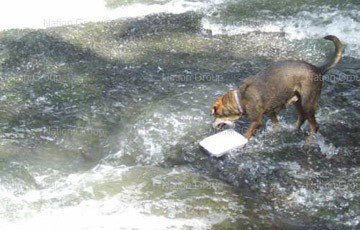