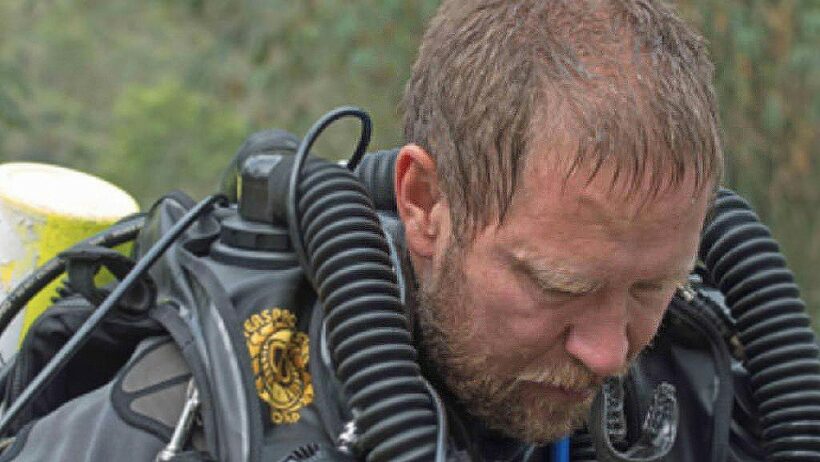 In the wake of yesterday’s euphoria following the final five team members being successfully evacuated from the Tham Luang caves, a sad epilogue.

An Australian doctor, Richard Harris, partly responsible for looking after the Thai football team during their cave ordeal, emerged last night, exhausted but relieved they job was over. Some sad news awaited him.

He was told that his father had died overnight.

Richard, a world-renowned medic and diver whose presence in the dramatic rescue of the Wild Boars squad was specifically requested by experts and Thai officials, was reportedly the last person to leave the water-logged caves yesterday.

“Harry”, his nickname amongst the caving community, cancelled his holidays to fly into northern Thailand – just one of the enormous international contingent to get the young team out of the Tham Luang caves, alive.

His expertise was called in because he knows caving, the risks, the medical threats and the knowledge to assess people who have been inside for extended periods. He put his own life at risk to head into the flooded cave where the 13 members of Mu Pa had just been found, six days before their extraction began.

Harry braved the a four kilometre slog through cramped, craggy spaces, much of the journey under metres of muddy water, several times.

Australia’s national broadcast, the ABC, says Adelaide-based Harris was the person responsible for choosing the order in which the team would be selected to leave the cave. His specialty in anaesthesia would come particularly in handy as the decision was made to ease some of the team’s anxiety with light stress-reducing medication. The boys would be fully conscious and alert during their evacuation – they had to be – but would have some of their obvious anxiety and potential for panic reduced because of Harry’s knowledge of the medications available.

Harris, part of a 20+ team of Australian caving specialists, was the last person to emerge from the cave at the same time the final five team members were arriving at the Chiang Rai hospital.

Andrew Pearce, head of clinical services at SAAS MedSTAR, where Harris works, announced to the media…

“It is with great sadness that I confirm that Harry’s dad passed away last night a short time after the successful rescue operation in Thailand.”

Andrew said he had spoken with Harry saying that this was “…a time of grief for the Harris family, magnified by the physical and emotional demands of being part of this week’s highly complex and ultimately successful rescue operation.”

Australia’s foreign finister Julie Bishop hailed Harris for being an “integral part of the rescue attempt” saying his role had been extraordinary. Minister Bishop said the Australian government would formally honour all Australians who took part in the rescue.

SOURCES: AFP, The Nation, The Thaiger

From inside the cave – bringing out the team. Thai Navy SEAL video.