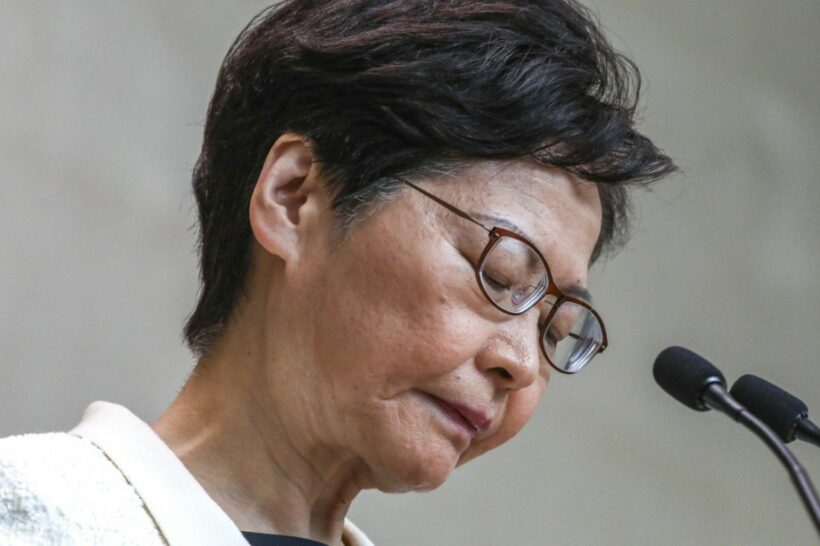 The Asean Post reports that Hong Kong Chief Executive Carrie Lam says she has no intention of resigning, despite a leaked audio recording where she says she wants to do just that.

“For a chief executive to have caused this huge havoc to Hong Kong is unforgivable. If I have a choice, the first thing is to quit, having made a deep apology.”

It’s understood the Hong Kong leader was speaking to business leaders at the time and that a recording was later released by Reuters.

However, at a press conference yesterday, Lam denied she had any intention of quitting.

“I told myself repeatedly in the last three months that I and my team should stay on to help Hong Kong. The conflict that I myself want to quit, but cannot quit, does not exist.”

Beijing has also repeated its support for Lam, while warning that it would not allow the escalating situation in Hong Kong to continue.

“If the situation continues to deteriorate and moves into the turmoil that endangers national sovereignty and security, that is beyond the control of the (Hong Kong) government, the central government will never sit idly by.”

But in the recording leaked to Reuters, Chief Executive Lam can be heard saying she believes China has no plans to send in the military, adding that Beijing has no deadline for such a clamp down.

“They know that the price would be too huge to pay.”

The protests began over three months ago, in strong opposition to Lam’s attempts to push through a bill that would allow for extradition to China. Since then however, they have grown into wider calls for democracy and a push back against Beijing rule.

More than 1,100 people have been arrested, including leading democracy campaigners and politicians. Many rallies have descended into violence, with Beijing repeatedly threatening to intervene.