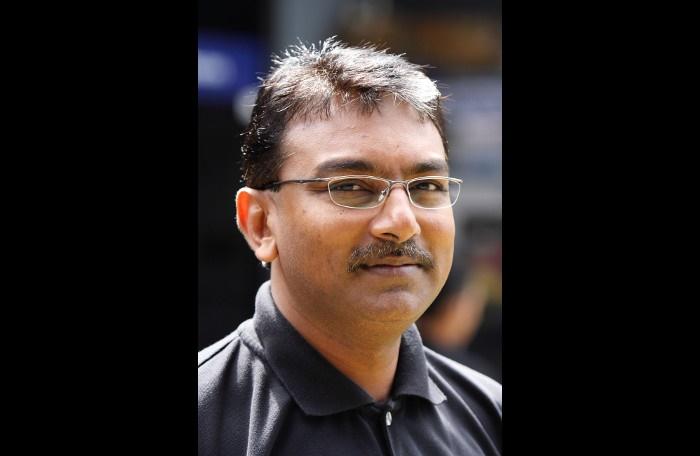 PHUKET: Last week, the Global Marina Institute (GMI) announced that Wicky Sundram, the new executive director at Phuket Boat Lagoon, was the latest ‘Certified Marina Professional’ (CMP) to join its ranks. Wicky is only the sixth person in Asia to receive this accolade and the first in Thailand.

That’s a fine achievement for someone who, when he first joined the Royal Langkawi Yacht Club (RLYC) eighteen years ago, hardly knew one end of a boat from the other.

Today, when someone arrives in Langkawi by sea, one of the first things they see is the impressive field of masts protruding from the 250 berth RLYC – now the largest marina in Malaysia.

When Wicky joined RLYC as general manager, however, it was a far more modest affair; just fifty-something berths and a nice, quiet clubhouse.

At the time, Wicky had built a solid career in the high-traffic food and beverage trade, and it was his hospitality acumen that the RLYC’s holding company hoped he would bring to the marina operations. Even so, Wicky wasn’t sure the move would be a good fit.

“I asked them to give me six months,” he says as we relax over a refreshing beverage on the boardwalk at the Boat Lagoon. “But what if someone comes and asks me something about boats?”

Eighteen years later and the GMI certification would seem to prove that Wicky has picked up quite a bit of knowledge on the subject, much of it garnered while managing the RLYC through a series of redevelopments, upgrades and facelifts that has turned it into the award-winning marina we see today.

In 2003, the club was instrumental in launching the annual Royal Langkawi International Regatta, with Wicky and his team rolling around the region for a year before its inception, gleaning all the knowledge they could from the established regattas, which of course meant spending quite a bit of time in Phuket.

“For the last twelve years I’ve been coming here 3-5 times a year,” he explains. “So, it’s not like moving up here is moving to a strange land – I have a lot of friends here already.”

Upon completing RLYC’s most recent ‘face lift’ at the beginning of this year – a project he had been working on since 2013 to bring the marina services in line with the fast-developing tourism infrastructure nearby – Wicky was looking for a new challenge. And the challenge that presented itself was in Phuket.

Wicky explains that his role at the marina is brand development and strategic marketing – taking the Boat Lagoon brand to the next level.

“We’ve had a lot of planning meetings, but it’s going to take some time. I’ve been here now only two and a half months. I’m still learning all the services meeting with all the teams.”

His overall plan is to consolidate the message emanating from the marina’s many operations.

“The owners have built this place as a village – it’s got a hotel, shops, a little arcade, more facilities and properties surrounding it. While the marina is still very much the core, the focus is now on lifestyle. I’m working with the team here to bring this lifestyle brand up,” Wicky smiles. “We’re giving the lifestyle a face lift.”