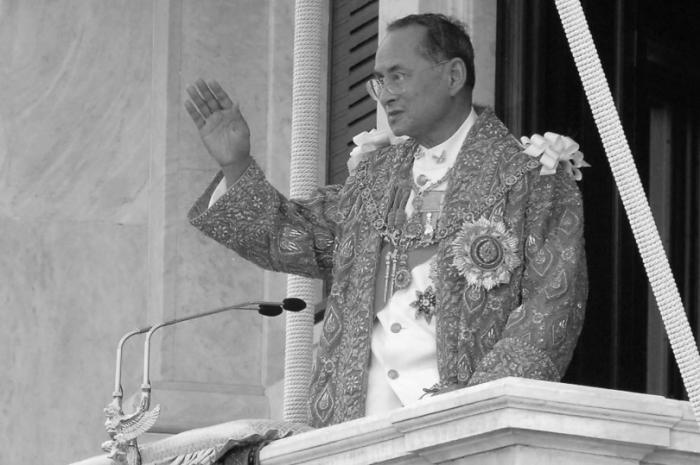 PHUKET: In surveying the scope of achievements made by His Majesty the King, the incalculable benefits he wrought for Thailand and its people rightly take precedent. But no picture of his 70-year reign can be complete without appreciating the central role he commanded in Thailand’s foreign relations.

His Majesty not only set the tone for warm ties with foreign leaders and countries, but he also gave Thailand a firm and peaceful standing in the international arena.

The fruits of his tireless work at home also spread beyond Thai shores to aid the development and well-being of populations all over the world.

He performed on the international stage not only as head of state, but also as the embodiment of Thai values, personifying the wisdom of peaceful coexistence for a world of diverse peoples and cultures.

His first trip as King was to Vietnam, in 1959, after which came visits to nearly 30 countries across Asia, Europe and America. The United States, where he was born, was graced with two Royal visits, as were Germany and Austria.

The world was intrigued by the sight of a head of state as comfortable and poised in the presence of Elvis Presley as he was discussing global affairs with world leaders. But as well as head of state, His Majesty was recognized as a true king of the people by the public overseas.

Along with Her Majesty the Queen, the King blazed a trail abroad that other members of the Royal Family have since followed, further burnishing Thailand’s reputation and building bonds with other countries.

The overseas trips made by Their Majesties and their children and grandchildren have never been a matter of mere diplomatic protocol, but have made real contributions to state-to-state relations and also to ordinary people.

His Majesty’s development work on behalf of the rural poor, including his philosophy of sufficiency economy, has been recognized globally. In 1995 the United Nations Food and Agriculture Organization awarded him the Agricola Medal in recognition of his devotion to the well-being and happiness of all Thais.

Three years later, His Majesty’s remarkable contributions as an inventor and active proponent of intellectual property as a development tool earned the inaugural Global Leaders Award presented by the World Intellectual Property Organization.

His first patent was registered in 1993, for the Chaipattana aerator. More than 20 were to follow, including patents for his rainmaking techniques in 1999 and 2003. The King’s inventions have been put to practical use in a range of rural development projects, generating concrete benefits for communities throughout Thailand and neighboring countries.

It is important to note here the feelings of deep respect and gratitude toward His Majesty that exist in ordinary households over the Thai border.

There are current nearly 10 major Royal Projects in Laos alone. The first, initiated as far back as 1992, was the Development Service Project at Huay Sone-Huay Sua in Nayang Village, Na Xaithong district, about 22 kilometers north of Vientiane.

His Majesty the King presided over the official launch of the project in April 1994 on a visit that also saw him open the first Thai-Lao Friendship Bridge across the Mekong River.

Since then, countries such as Cambodia have benefited from crop substitution projects and other development programs as part of His Majesty’s efforts to solve problems and uplift the living standards of ordinary folk there.

Profile: The man who met the King