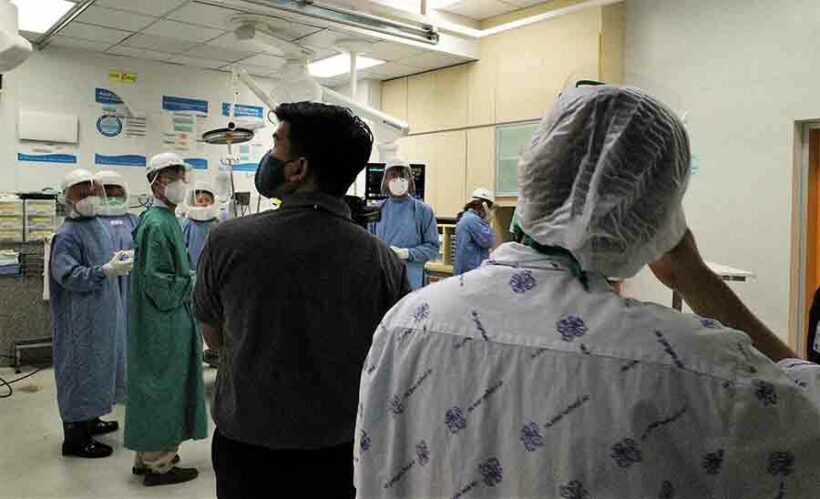 Officials in Songkhla have announced a 30-day curfew in an effort to fight a surge of Covid-19 infections in the southern province. According to a Bangkok Post report, the provincial communicable disease committee has confirmed the curfew, which came into effect last night and is in place until July 29. Governor Jaruwat Kliangklao says residents must remain home between the hours of 10pm – 4am. Restaurants, department stores, and markets must close by 9pm.

According to Jaruwat, the rise in Covid-19 cases is the result of at-risk people meeting face-to-face and he has called on residents to cooperate with the curfew in order to curb the spread of the virus.

In the district of Chana, officials are investigating an outbreak of the virus and introducing mass proactive testing of residents. The director of Chana Hospital, Supat Hasuwannakit, says 3 field hospitals are being opened and over 500 beds will be made available this week. He estimates that it will take around a month before case numbers start to go down.

Case numbers have risen after the discovery last week of a cluster at a factory, with 157 new infections now reported in the province. The cases were detected at factories and within communities. The new cases have raised the total number of infections to 5,463, with 15 deaths. The Bangkok Post reports that of those, 22 are critically ill, 361 are moderately ill, and 236 are being treated with the anti-viral drug, Favipiravir.

AlexPTY
My friend sent me a photo of herself and a friend sitting on nice Songkhla beach at the sunset with a bottle of Mouton Cadet and a cheese platter. Pristine... Sand... Beach... Life.... then Governor comes with the "Covid for Dummies" book... SuperBaby
What is the point of having a curfew when people are still gathering? Malaysia has been imposing very strict laws. People were fined RM$1,000 for even removing masks for a few seconds publicly. People were fined for not scanning their…

King Cotton
17 minutes ago, SuperBaby said: What is the point of having a curfew when people are still gathering? Malaysia has been imposing very strict laws. People were fined RM$1,000 for even removing masks for a few seconds publicly. People were…