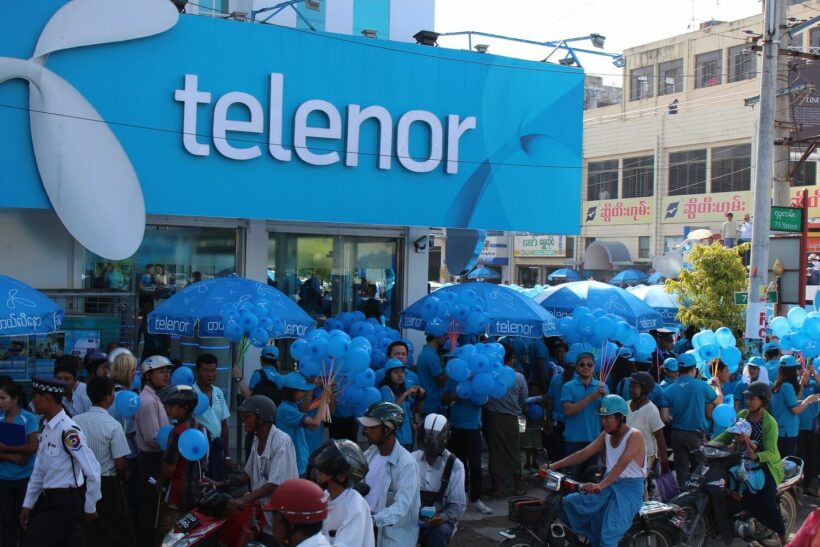 Reuters reported that Lebanon’s M1 Group will join with a Myanmar firm to take over Norwegian telecom giant Telenor in the Southeast Asian country after the country’s military government sought a local bidder.

Since the junta is putting pressure on telecom and internet companies to install monitoring technologies, one of Myanmar’s largest foreign investors, Telenor, said in July that it was selling its assets for US$105 million to M1 Group, exiting a country that has descended into turmoil since a military takeover in February last year.

Its senior executives were also prohibited from leaving the country. At the same time, military leaders turned down the sale to M1 on their own, despite a number of Myanmar companies having also expressed interest in buying Telenor Myanmar’s operations.

Now, M1 has discussed forging a partnership with a local conglomerate with holdings in gem mining and gas stations, Shwe Byain Phyu, whose chairman is a director of the military-owned telecom firm Mytel, and it has been approved by the junta.

The directive did not specify why, but insiders claim that the junta preferred a local bidder for the telecoms behemoth, although M1 is owned by the family of the Lebanese PM Najib Mikati.

According to the Reuter’s report, the two companies submitted a joint bid to take over the Telenor operation, which was agreed upon by the junta leadership a month later. The new company will be called Atom.