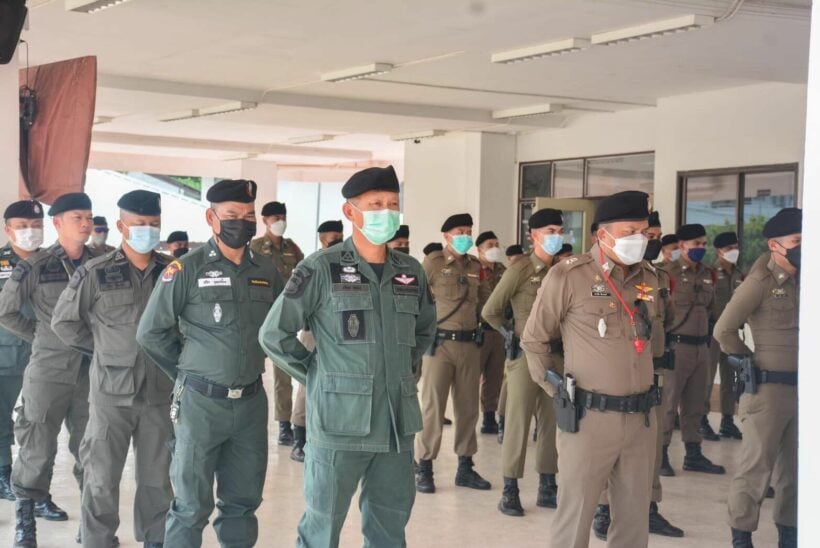 Six cops in Nakhon Phanom, a Northeastern province in Thailand, allegedly demanded a drug dealer to pay them money in exchange for releasing his accomplices.

A Facebook page posted a photo of a man and a woman with a sack that had 200,000 methamphetamine pills in it, with an audio clip of a man who claimed to be a drug dealer. In the clip, the dealer says Nakhon Phanom police demanded he pay them to release his accomplices who police had captured in January. He also claims the drugs that the police had seized “vanished”.

The 6 accused officers have been transferred as the police department investigates the allegation. The major general of the Nakhon Phanom police says he ordered an investigation as soon as he heard of the allegations, and he “won’t protect any of the police found guilty”.

He said if there is evidence, criminal and disciplinary actions will be taken, and the accused would be fired. The major general also said there are grounds to the allegations. The major general said he believes the seized drugs that vanished have been embezzled, but he would not give more details.

In October, Thailand’s parliament debated police reform after a Thai policeman was accused of killing a drug suspect in an alleged extortion-bid-gone-wrong. Police have also been accused of demanding money from illegal migrants in exchange for not arresting them.

dingdong
money talks and not only in thailand..well people like and love this drugs....otherwise they would not spend money on it..the crazy and the dingdong....= a big part of the population.. to make money out of it is for a policeman…
Stardust
9 hours ago, HolyCowCm said: So they instantly know who did the hit on the bad boy Indian/Canadian Sandu, but domestic hits can never seem to be solved. One would think it would have been better for him to plainly…
HolyCowCm
7 minutes ago, Stardust said: Also I was thinking how much was the departure from the Airport for the 2 hitmen. Anything is possible to allow safe passage.

Benroon
20 hours ago, Stardust said: Also I was thinking how much was the departure from the Airport for the 2 hitmen. You’re aware they didn’t check in with HITMAN across their t-shirts right ?

Benroon
On 2/13/2022 at 3:20 PM, Jason said: Oh Dear.... another example of police behaving badly. They too are subjects of the law, so dismissal isn't enough. Officers of the law, who are found guilty, need to pay a heavier price. …