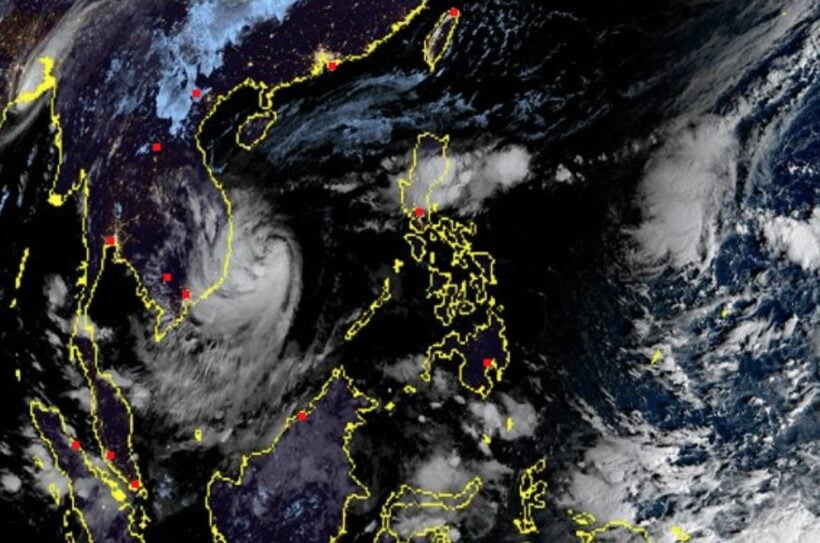 The former tropical storm Nakri has now strengthened to a Category 5 ‘typhoon’ as it moves across the South China Sea toward the Vietnamese coast. It is predicted to make landfall later today or Monday at the latest.

Typhoon Nakri, packing wind speeds as high as 120kph at its epi-centre, was in the middle of South China Sea yesterday, moving slowly westwards at 15kph.

Meanwhile AccuWeather says the latest prediction is for landfall somewhere along the coast from Da Nang to Qui Hong later today.

“Downpours from Severe Tropical Storm Nakri will increase the risk for flooding across portions of Indochina into early next week.

“An area of low pressure being monitored by AccuWeather Meteorologists developed into a tropical storm on Tuesday evening, local time, across the South China Sea. The storm was given the name Nakri.

“Nakri has the strength equivalent of a ‘Category 1 hurricane’ (a scale used in the US). The system brought rounds of rain across the western Philippines during the early and middle parts of the week.

“The heaviest rain is expected to arrive across the south-central coast and southeast Vietnam on Saturday night before spreading farther inland through early parts of next week.”

“The Joint Typhoon Warning Center expects Nakri to slowly track westward and make landfall in Vietnam late on November 10 or early November 11, to the south of Danang.” 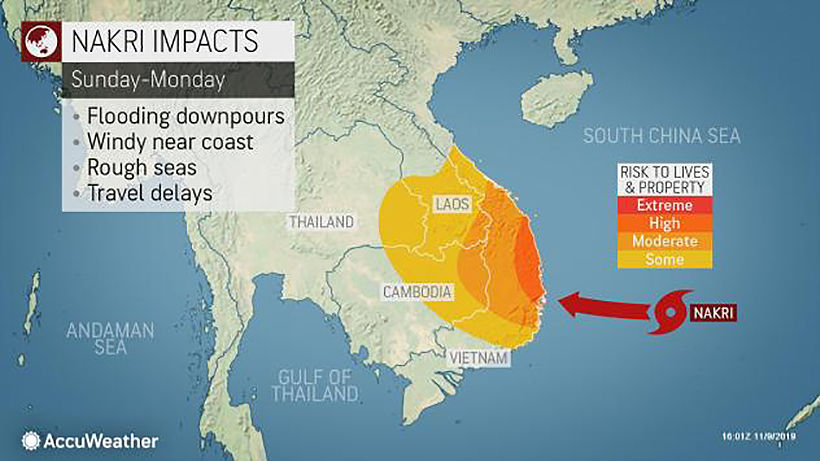 In Thailand, the approaching typhoon could bring moderate rain to parts the kingdom’s Northeast, including Yasothon Amnat Charoen, Ubon Ratchathani, Si Sa Ket and Surin provinces and the eastern provinces of Sa Kaew, Rayong, Chanthaburi and Trat, according to the Thai Meteorological Department.

Another cold front from China is expected to blanket northern Thailand from November 13-15 and this will, initially, cause temperatures in the Northeast and eastern region to dip, followed by the northern and the central regions.

The northern and north-eastern regions will experience strong winds while temperatures are forecast to drop 3-50C in mountainous areas. Mercury in the central and eastern regions is predicted to dip 2-40C.

Isolated heavy rain is forecast for the south, with rough seas in the Gulf of Thailand.

“Sailors and fishermen are advised to exercise greater caution.”