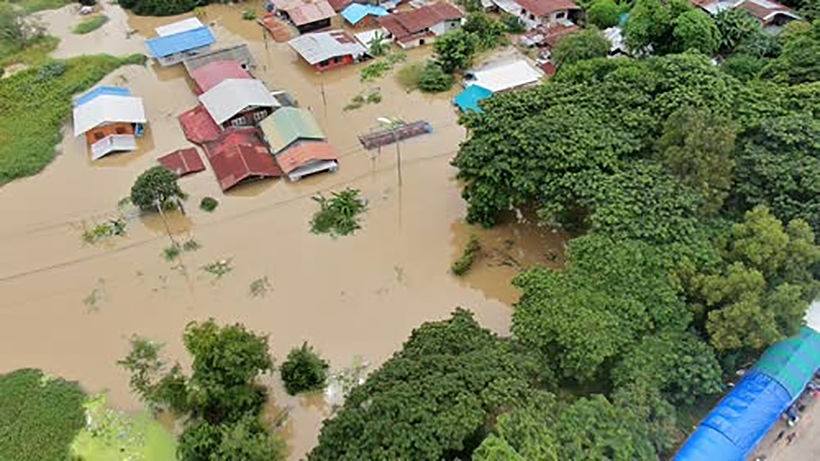 “…the 17 districts were declared disaster zones so that the provincial administration could speed up help to the affected people.”

Ubon Ratchathani governor Sarit Withoon says the provincial administration has declared 17 districts disaster zones as the flood situation in the northeastern province continue to worsen today. Ubon Ratchathani is in the far east of north-east Thialand.

He says the administration has already allocated 200,000 baht to each district for immediate operations.

The Nation reports that the 17 districts are…

The governor said so far 32,306 families in 1,141 villlages in 159 tambon of 25 districts of the province have been affected by the ongoing floods. The floods also damaged 523,104 rai of farmland in the district and 74 schools and 13 government offices have also been damaged. A local resident also drowned as a result of the floods.

He said the provincial administration set up 48 temporary shelters in seven districts and that 4,831 families from 51 villages and communities were evacuated to stay at the shelters.

Officials said the water level in the Mool River was still rising today and had reached 10.67 metres, an increase of 12 centimetres from yesterday (Tuesday). The schools in the district will remain closed until September 16.

Irrigation officials have raised sluice gates to full capacity at the Sirinthorn and Pak Mool dams to speed up the release of water to allow the water could flow from the Mool River to the Mekong River faster.