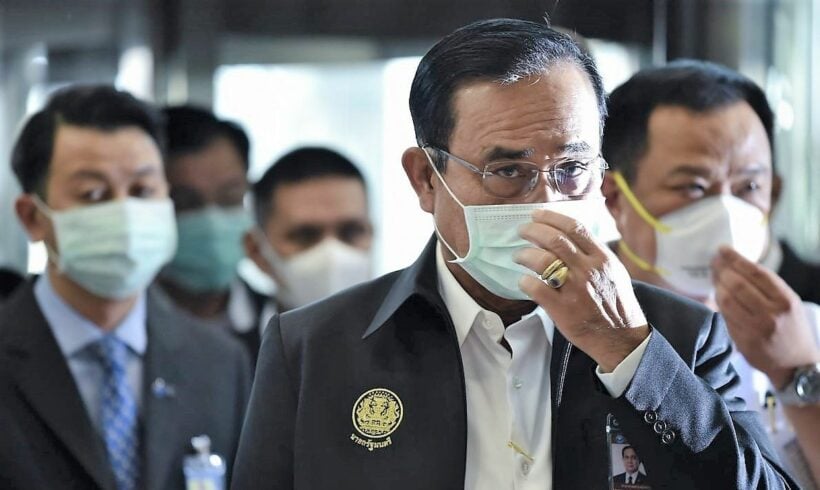 “PM Prayut Chan-o-cha says he won’t be pressured into easing restrictions sooner than it is safe to do so, saying it is vital to avoid a second wave of infections.”

Thailand’s state of emergency, in force since March 26, is set to be reviewed tomorrow when the Thai Cabinet meets. With the decree due to expire this Thursday, April 30, it’s expected that members will discuss the possibility of an easing of some of the restrictions put in place to stop the spread of the Covid-19 virus.

The National Security Council is recommending that the emergency decree be extended as “the fight against the virus has not yet been won”, despite some tough limitations on movement imposed around the country.

The current restrictions include a ban on inter-provincial travel and international travel, the closure of non-essential businesses and a national nightly curfew from 10pm to 4am. On the island of Phuket, the airport is closed, as is Sarasin bridge, the single road link from the island to the mainland, and travel between sub-districts is banned. The beaches have also been closed and an alcohol ban is in place “indefinitely”. In other provinces, similarly tough restrictions remain in place at this stage although some are announcing a progressive lifting of some restrictions, post April 30.

There was a spike in the number of new cases reported over the weekend, primarily as a result of Thai residents returning from abroad and being quarantined and tested. Overall however, the number of new, non-imported cases continues to fall, indicating that the restrictions are having the desired effect.

The main downside to the “lockdown” is the financial burden it is placing on Thai residents and working expats, with millions now out of work. A report today in The Pattaya News says that over 27 million people have now applied to the government for financial assistance. The government had initially anticipated that 3 million people would apply, but there have been many who say their application has been turned down, creating some ugly scenes outside Bangkok’s finance ministry.

Good Samaritans have come to the rescue around the country, donating food and essential supplies at food banks, temples, migrant labour camps and elsewhere. Meanwhile, PM Prayut Chan-o-cha says he won’t be pressured into easing restrictions sooner than it is safe to do so, saying it is vital to avoid a second wave of infections.

Despite this, many hope that some of the tighter restrictions, such as the closure of beaches and the banning of travel between sub-districts in places like Phuket, may be lifted. The holiday island has had the highest reported infection rate, per capita, in the country. As the island’s economy revolves mainly around tourism, its economy has been shattered whilst the bans and restrictions stay in place.

With the government having colour-coded each of the Thai provinces based on the number of Covid-19 cases identified, those in provinces with no cases, as well as those with only a small number of cases, are hoping this will be taken into account when the Cabinet meets tomorrow.

For now, we wait.

UPDATE: Scheduled passenger flight ban extended until end of May