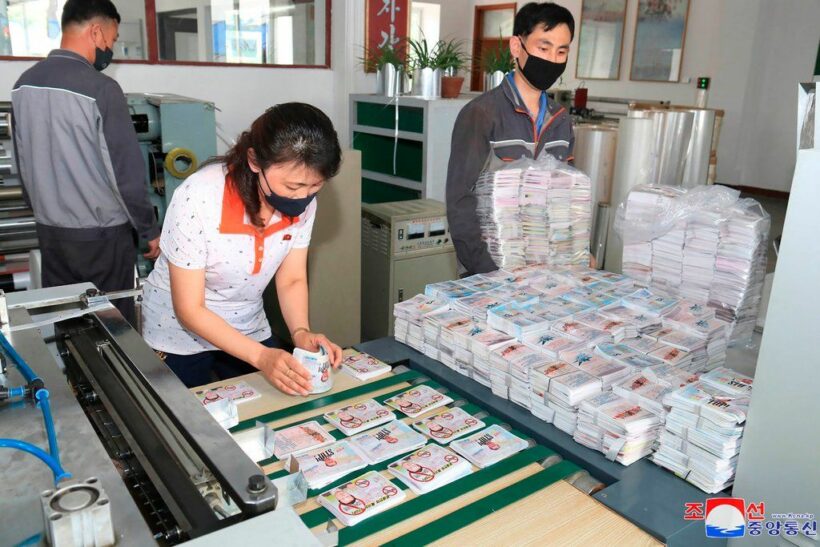 North Korea is retaliating against its defectors by sending propaganda leaflets to the South in a move that is reminiscent of its Cold War-era psychological warfare.

The millions of leaflets will be sent using 3,000 balloons to fly across the border-which is regarded as the most heavily-militarised in the world.

But the communist country isn’t stopping there as it is reportedly also sending cigarette butts and other trash in the balloons in an effort to counter South Korea’s balloons which have sent computer chips of soap operas and leaflets calling Kim Jong-un derogatory names.

North Korea has recently cut off all communication lines with the South and blew up a joint liaison office it had operated with the South in recent years after South Korean activists continued to ignore the most recent agreement of stopping the flow of propaganda between the duelling countries.

As North Korea said it was time for the South to “face the music,” South Korea said it would use the police to stop any attempt by its activists to send the propaganda balloons. Furthermore, the South confirmed that the leaflets did little other than provoking the North while creating more pollution as many of the balloons didn’t make it across the border.

South Korea is also reportedly trying to ban such leaflets, which the North says are “an intolerable insult to its sacred mental core.” However, the North will reportedly continue sending balloons until South Korea backs down.