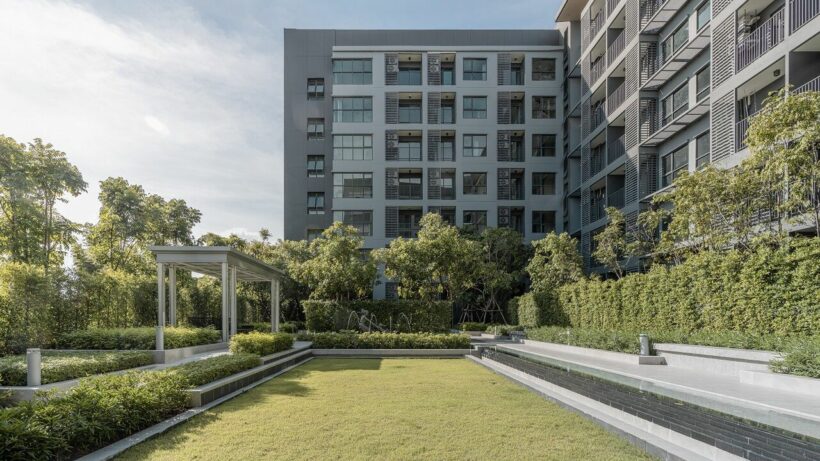 After a two-year break, contractor Nawarat Patanakarn aims to launch two new home projects costing nearly 2 billion baht in 2022. The new developments will be close to existing ones that are nearly sold out or have a high demand.

The company aims to earn 600 million baht by year’s end, a conservative estimate well below its 690 million baht of earnings made last year.

Nawarat reportedly hasn’t launched any new projects since 2020, since the residential market declined as a result of loan restrictions in 2019, followed by the pandemic in 2020, which has impacted sales.

Following the launch of its first project nearly 10 years ago, the company became a leader in home building sector. It still potential to grow, while other major developers have built multiple low-rise projects, according to the senior vice-president of the new business and strategic planning department, Pasan Swasdiburi…

“Rangsit Khlong 3 is a large residential area with a fast growing population as it has facilities, educational institutions, hospitals and shopping malls.”

One of their new projects will be built in Rangsit north of Bangkok, near their previous project, which had a 97% sales rate. The new project will come at a cost of an estimated 1 billion baht.

Aspen Condo Phase D, costing more than 800 million baht, is another project they aim to unveil this year. It will be located on Sukhumvit Soi 105, Soi Lasalle, after three prior phases saw positive sales rates.

“We will launch this new phase in the fourth quarter of this year or early next year, depending on the market situation. Mortgage lending rejection remains an issue.”

After the pandemic, construction projects are projected to improve. But the cost of construction is increasing, as Russia’s war in Ukraine continues to inflate the costs of fuel and construction materials throughout the supply chain.

Despite the fallout from the ongoing pandemic and the war, Swasdiburi predicts that Nawarat won’t be significantly affected, as most of the company’s plans are government projects.

BBY
Not sure I would blame the loss of investors and investment entirely on the current conflict. As has been said by many contributors on here before, people don’t invest and current investors withdraw from failing economies. Many other countries…

The Standard to debut second Thailand hotel in May