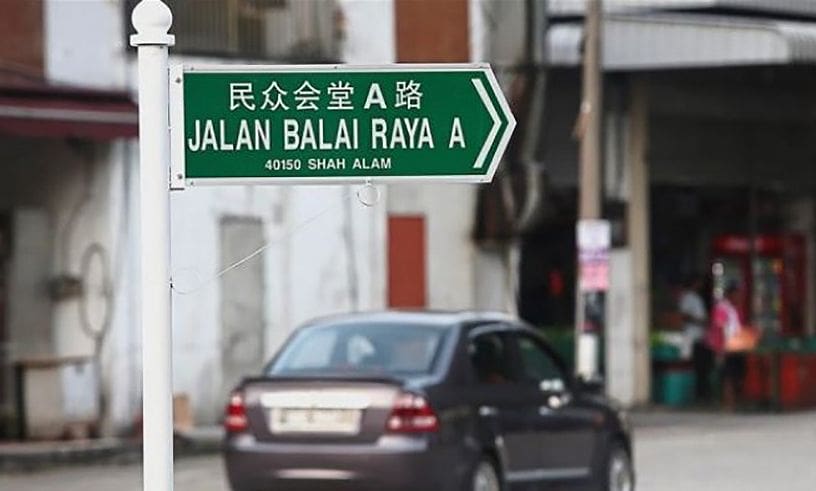 The Sultan of Selangor in Malaysia has decreed that all dual language road signage in Shah Alam (to the west of KL) must be removed and replaced with the national language (Malay) only.

It said that all Chinese language road signages in Shah Alam must be removed and replaced with only one language, which is Bahasa Melayu.

“The changing of road signages must be done immediately and completed at the latest before the Sultan of Selangor’s 73rd birthday on Dec 11,” Mohamad Munir said in the letter.

A photo of a road sign in Pekan Subang with Chinese characters has been making its rounds on social media, sparking heated comments and debates among many netizens.

Most comments on Facebook called for the use of Bahasa Melayu only on all road signages. Malaysia is currently undergoing a surge of pro-Islamic, anti non-Malay racial tensions in some regions.