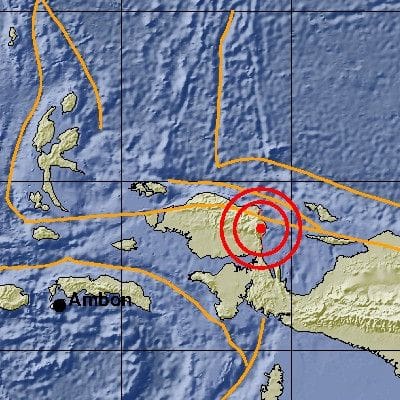 A 6.1 magnitude earthquake has jolted West Papua this morning. The news comes from the Meteorology, Climatology and Geophysics Agency.

The earthquake struck at around 10am local time, with its epicentre located some 55 kilometres southeast of South Manokwari and predicted to be 26 km deep.

“It did not trigger a tsunami,” a BMKG spokesperson said in a press release, adding that no casualties were reported as of yet. The National Disaster Mitigation Agency (BNPB) said separately that the earthquake triggered panic among residents.