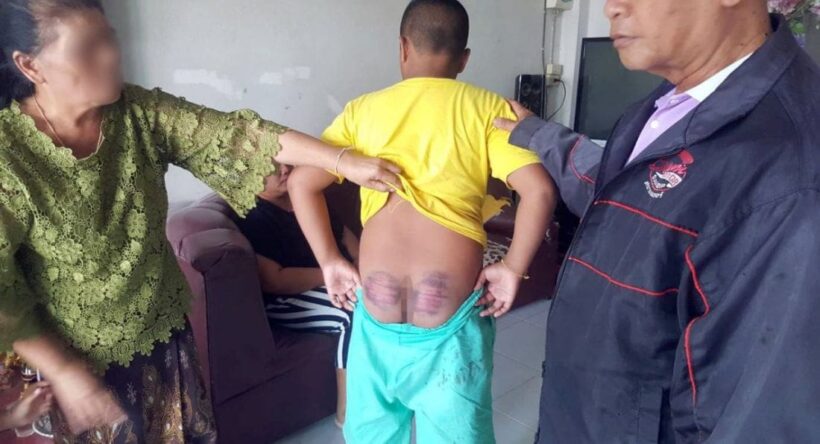 A Buri Ram school has set up a committee to investigate a parent’s allegation that one of its teachers made a Prathom 6 pupil do 50 jumping jacks in the hot sun and then whipped him 10 times with a wooden stick wrapped in duct tape.

The 12 year old’s mother revealed Friday’s incident and says her son had merely failed to recite a multiplication table.

Piya Phutthapoh, the director of Anuban Phutthaisong School in Phutthaisong district, says a fact-finding committee had been established and would report its findings to the Buri Ram Primary Educational Area 4 Office within seven days.

Piya said the unnamed teacher, who had made no public comment about the incident as of 6pm Sunday, admitted to punishing the boy, but the committee would decide whether the punishment was too severe.

“If it was, the teacher would face a disciplinary hearing.”

Piya is vowing to ensure fairness for both sides in the incident. He admitted to being concerned about the boy’s mental state and had assigned other teachers to help his parents take care of him.

The boy’s grandmother, enraged by the sight of the boy’s injury, urged his teacher to take responsibility and said she might transfer him to another school if the teacher goes unpunished. 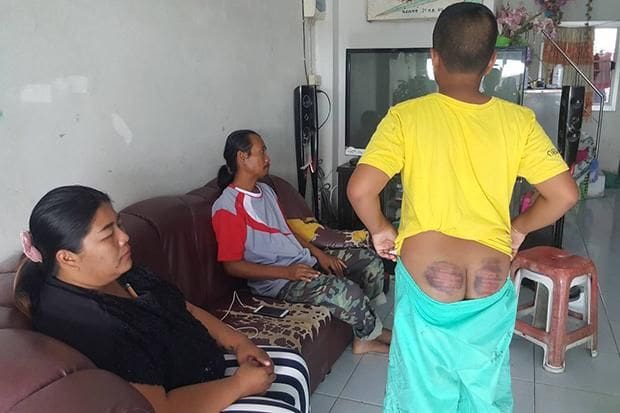 Ex-soldier on the run after shooting girlfriend in Prachin Buri