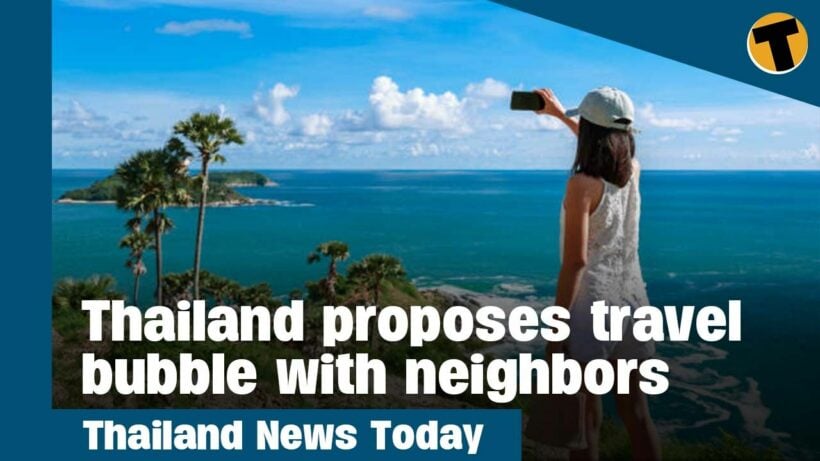 A number of patients who’ve recovered from Covid are now displaying signs of dementia, according to Thai health officials.

According to a Nation Thailand report, the Department of Medical Services says the symptoms tend to develop between 1 and 6 months after contracting the virus.

DMS boss สมศักดิ์ อรรฆศิลป์ says the risk appears to be higher in patients with pre-existing brain or neurological conditions, such as stroke. There is also a higher incidence in older patients who have multiple underlying health conditions.

สมศักดิ์ says dementia will affect the functioning of the brain, affecting concentration, short-term memory, and the ability to focus on a task or make decisions or plans. Patients may feel lightheaded and experience “brain fog”. He went on to say that patients who’ve been seriously ill with Covid-19 can go on to develop severe symptoms of dementia, which is being attributed to the lack of oxygen and breathing difficulties experienced by some sufferers. Recovered patients may also experience anxiety and depression, but Somsak says these symptoms can improve over time, especially if people look after themselves.

He cited eating healthy, exercising regularly, getting enough sleep, and doing activities that help stimulate the brain such as critical thinking, meditation, or a relaxing hobby, as these will help the brain and nervous system to recover and return to normal faster and better.

พิพัฒน์ รัชกิจประการ says he’d like to see more travel arrangements with countries like Malaysia, Laos, and Cambodia, pointing out that such places normally generate significant cross-border traffic for Thailand.

He thinks travel bubble talks could be on the table when the Thai PM Prayut Chan-o-cha welcomes the Malaysian leader, Ismail Sabri Yaakob, to the kingdom next month. In addition, the ministry will visit the Winter Olympics in Beijing this month and is expected to ask China’s Ministry of Culture and Tourism about the possibility of a travel pact.

However, in some corners, there is concern that travel bubbles alone will not be enough to fix Thailand’s devastated tourism sector. The Tourism Council of Thailand says the country must adopt a more relaxed approach to PCR testing requirements if it is to welcome at least 5 million overseas visitors this year. TCT boss, วิชิต ประกอบโกศล, says while tourism might be showing slow signs of recovery, the current testing rules will continue to deter tourists and affect visitor numbers.

วิชิต points out that a number of destinations, including the Maldives, Dubai, and Turkey, require no PCR test on arrival and are now busy welcoming more tourists than they did before the start of the pandemic. He highlighted that the Covid situation in those countries has not deteriorated as a result.

วิชิต proposes that “If there is no new surge in cases and fatalities after the first month of Test & Go resumption, the government has to consider dropping the PCR test requirement. If it does, the country is projected to see at least 5 million tourists.”

The Phuket governor revealed that most tourists who tested positive when they arrived in Phuket had traveled from Russia and Kazakhstan.

Governor ณรงค์ วุ่นซิ้ว says there will be an investigation of why a significant number of infections involved travelers from those countries. He added that out of about 300 daily diagnoses in Phuket, about 100 were from travelers.

Last week, the governor told reporters that 95% of Phuket’s income comes from tourism. He said during the pandemic, the average monthly income there fell to about 1,900 baht per person. But a report by one real estate consultancy says this year, domestic travelers, not international, will be the main drivers of Phuket’s hospitality industry.

Meanwhile, the Tourism Authority of Thailand said from July last year to the end of January this year, Phuket went from earning 14 billion baht in tourism to earning 33 billion baht, showing hope for the island’s economy.

Before the pandemic hit, the average number of foreign visitors was 14,800 in 2019. It plummeted to an average of 500 in 2021. With the “Phuket Sandbox,” Tourism in Phuket is now slowly recovering, and in December, the daily average was 2,800.

Registration for the Test & Go quarantine exemption scheme was reopened this week, but under revised regulations set by the CCSA. Now, travelers must book stays at approved hotels on Day 1 and Day 5 while they undergo PCR tests on each day and wait for their results to come back.

On Tuesday, there were 493 new infections recorded.
Of this number, 387 were local cases, two were in the Test & Go scheme, and 104 were in the Phuket Sandbox programme.

The Speaker of the Thai House of Representatives has insisted parliamentary business can continue as normal and that meetings are safe. Chuan Leekpai was responding to news that a number of MPs have tested positive for Covid-19.

According to a report, the speaker is anxious to have sessions continue as normal, pointing out that there are strict Covid prevention measures in place. Chuan says most infected MPs have now recovered and while there have been some new cases, the numbers are not especially high. He believes the situation does not merit having parliamentary business disrupted.

Chuan revealed that about 100 parliament personnel, MPs, and other officials have tested positive over the past year and that they must learn to coexist with the virus and perform duties as usual.

Initially, parliamentary meetings were suspended for around 2 weeks after several MPs tested positive for Covid. Now, the speaker says strict health measures are in place and that most MPs have also taken ATK tests before coming to work.”

Officials in the eastern province of Rayong continue to test seafood from the surrounding waters amid contamination concerns but so far, they say all is good.

That’s according to Rayong’s public health chief, Dr สุนทร เหรียญภูมิการกิจ. Concerns were raised following a devastating oil spill on January 25. The crude oil leak from an undersea pipeline has already reached หาดแม่รำพึง beach on the mainland and threatened the popular tourist destination of Koh Samet.

Soonthorn says that so far, none of the seafood sold in the province has been found to be contaminated. However, officials will continue their tests and ensure the local produce remains safe to eat. He says that if any dead fish or fish with oil stains are found, people must notify the authorities immediately and that people should not eat such fish.The oil spill could not have come at a worse time for the fragile local economy, coinciding as it does with the resumption of Thailand’s Test & Go tourism entry scheme. Despite the popular Samet island being untainted by the oil slick so far, the fear of it reaching the island’s beaches has put off many tourists, with hotels reporting a stream of cancellations.

Some resorts have taken to posting current photos of the island’s pristine beaches in an attempt to woo travelers and fend off any more cancellations.

A man was severely injured in an attack by a wild Bengal tiger in a Kanchanaburi forest near the Myanmar border last Friday.

The 48 year old man was walking from a nearby village to the forest to care for a buffalo when two Bengal tigers started chasing him.

Reports say the man ran, but was then faced with a third tiger. He hid in a chump of bamboo, shouted out to chase the tiger away, and threw bamboo sticks at the tiger. He waited around 30 minutes for the tiger to leave the area. He then ran to the village for help.

The man was severely injured with more than 20 wounds from the tiger’s fangs and claws. Both of his palms had been bitten and his wrist was broken from punching one of the tigers. The man faces a hospital bill of more than 24,000 baht. The Department of National Parks, Wildlife and Plant Conservation has offered to cover 10,000 baht in medical costs to support him. The man was released from the hospital on Tuesday.

The man’s aunt, who also lives in the area, told Thai media that tigers usually do not roam near the village and she suspects that some wildcats might be fleeing from Myanmar’s side of the forest due to the recent clashes between the Burmese state military and ethic troops.

She also added that her relative who lives in the neighboring country shared with her that five Bengal tigers escaped to the Thai side around two to three months ago.

Dmitrii
25 minutes ago, Freeduhdumb said: More tests, more "cases," less tests, less "cases." That's about as simple as it gets folks. In fact, if you want to continue the pandemic nonsense, keep aggressively testing. Important point from the article: "วิชิต…