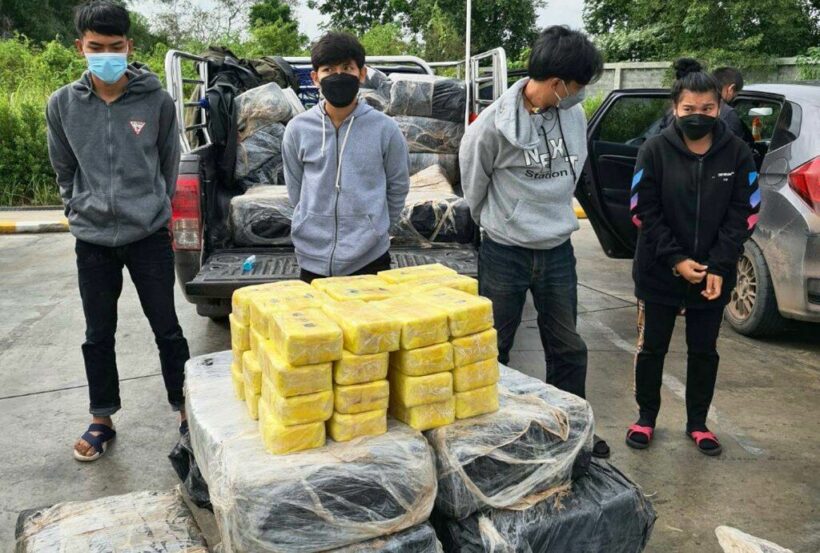 A small convoy of vehicles that were allegedly carrying caches of drugs was recently stopped in the central Thai province, and site of marauding, libidinous monkeys, Lopburi.

4 suspects were arrested. They are allegedly drug syndicate runners. Police seized millions of meth pills from the vehicles. They were stopped at a petrol station in the  Phatthana Nikhom district.

Police say the convoy consisted of 2 vehicles: a Honda Jazz car and a Toyota Revo pickup truck. When police searched the vehicles, they reportedly uncovered 21 sacks that 8.41 million meth (or speed). Police say they got their information that led to the bust from arrests they made in Bangkok.

From the information they gathered, police determined that the drug syndicate was moving drugs from the northeast to buyers in the central plains.

The police added that the drug syndicate had been using Highway 21 as a drug channel.

When the suspects were questioned, they allegedly confessed that they had been compensated for their illicit deliveries as much as 100,000 baht to 200,00 baht per delivery. The suspects have been charged with illegal possession of drugs with intent to sell. They have been delivered to the narcotics suppression police for further legal proceedings.