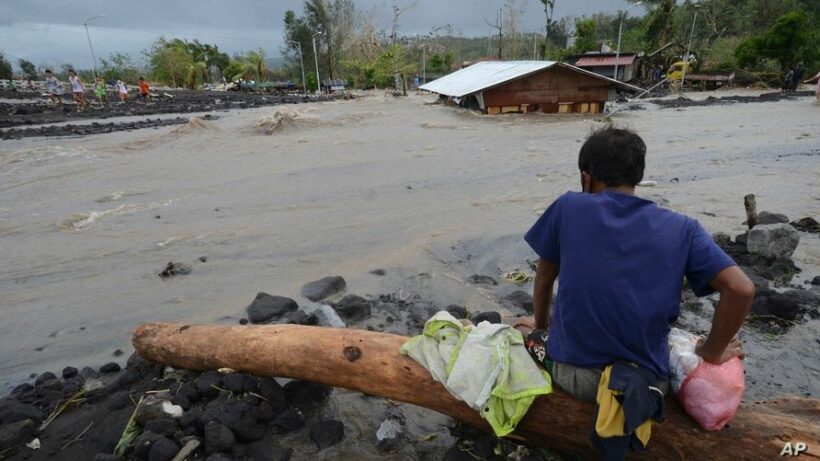 Typhoon Goni blasted its way across the northern island of Luzon, tracking just south of the capital Manila. It made landfall around 5am in the morning and by the end of the day it had crossed, heading westwards, and reached the South China Sea, having killed at least 22 and displacing more than 800,000 people. The latest death toll was reported by Associate Press.

Weakened after cutting across the middle of The Philippines’ northern-most island, the storm is expected to build again as it approaches the coastline of Vietnam in the middle of this week.

The strength of the storm, the most violent storm in the world this year, even triggered volcanic mudflows engulfing hundreds of houses. As the storm approached on Saturday The Philippine weather agency warned that within 12 hours after the typhoon’s landfall, people could face “catastrophic, violent winds and intense to torrential rainfall.”

Typhoon Goni made landfall at the Catanduanes islands at dawn with sustained winds of 225 kilometres per hour with gusts as high as 280 kilometres per hour. Much of the regions affected by the typhoon were just starting to recover after typhoon Molave passed over The Philippines just a week before.

At least 9 people were killed in the hardest-hit province of Albay, including a father and son. About 150 houses were inundated by volcanic mudflows.

Residents laying in the path of the typhoon were warned of possible landslides, massive flooding, storm surges of up to 5 metres and powerful winds that could blow away much of the poorly built infrastructure in poorer areas of the country. But after hitting a mountain range, the typhoon gradually weakened, although it remained potentially deadly as it blew out into the South China Sea.

One of the most powerful typhoons in the world this year, Goni was being compared to Typhoon Haiyan, which left more than 7,300 people dead or missing, flattened entire villages, swept ships inland and displaced more than 5 million in the central Philippines in November 2013. But Filipino authorities say they were much better prepared this time.

Manila’s main airport was ordered shut down for 24 hours but re-opened this morning, and airlines cancelled dozens of international and domestic flights. Commuter train services were also suspended and a no-sail policy restriction was imposed by the coast guard. The military and national police, along with the coast guard, were put on full alert. 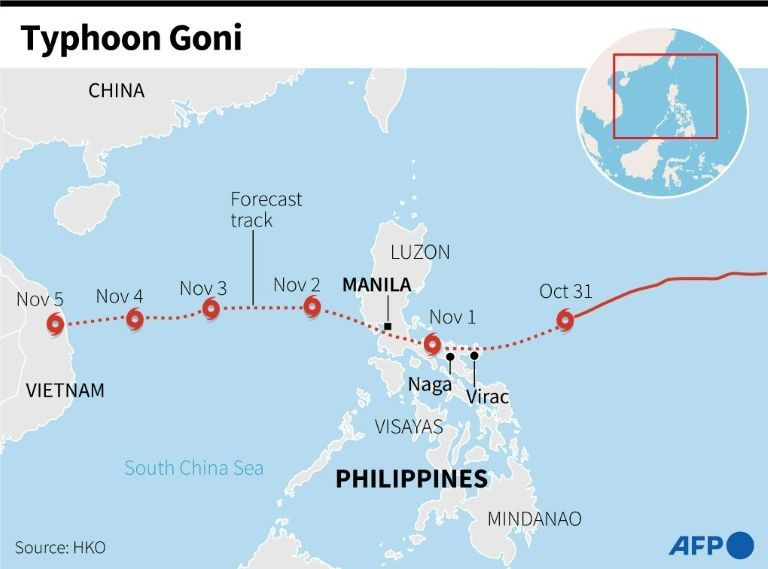