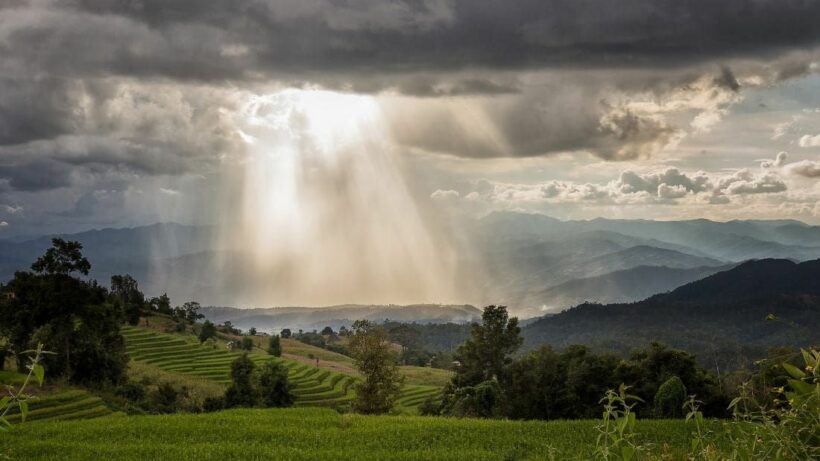 The Thai Meteorological Department has issued warnings about possible impacts from a tropical storm expected to reach Vietnam tomorrow and Friday, August 1 and 2.

The area of low pressure which formed west of the Philippines reaches southeast China from today. Should this system strengthen into a tropical storm, it will be given the name ‘Wipha’.

The TMD reports that the tropical depression, over the upper South China Sea, is yielding winds with a sustained speed of about 50 knots. The storm is currently almost stationary.

The storm is expected to move through Hainan, China and make landfall over upper Vietnam, when more rain will be likely with torrential downpours over the country affecting the Northeast and the North later in the week.

Typically, these South China Sea tropical depressions drag in moist air from the Indian Ocean and can bring rain and higher wind speeds to southern Thailand. Expect some rain in the southern provinces, including Phuket, Phang Nga and Krabi from Friday to Sunday.