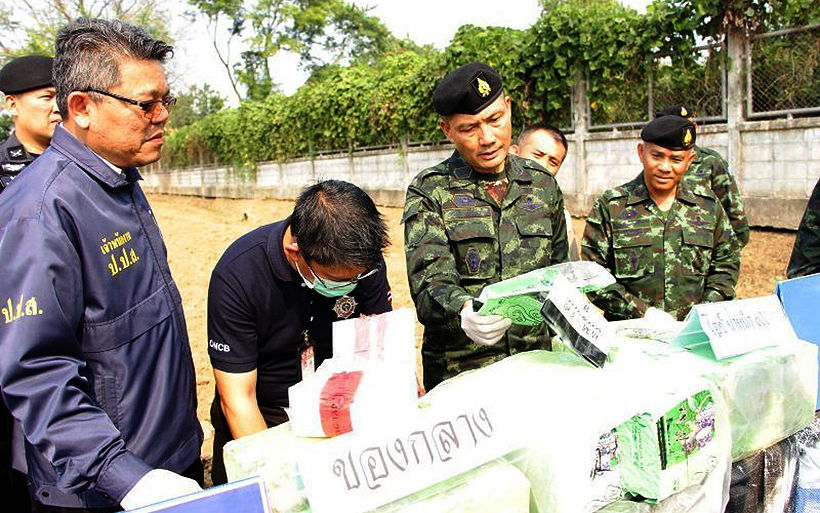 Two drug runners have been shot and killed by soldiers in the Mae Sai district of Chiang Rai. They were shipping 600 kilograms of crystal methamphetamine (ice) which was seized in the operation.

The men were killed during a gunfight between a group of drug runners and border police after the Pha The Muang military task force detected 15-20 men making their way through a village in the Mae Sai district yesterday afternoon.

The men were ordered to stop for a search and questioning but failed to comply, instead opening fire on the task force. In the exchange of shots that followed, two of the drug runners were shot and killed.

The Chiang Rai Times reports that 600 kilograms of crystal methamphetamine, concealed in 20 sacks, were found in the area. The haul is thought to have a street value of around 300 million baht.

The commander of the Pha Muang task force says drug smugglers will frequently mingle with New Year travellers as they attempt to smuggle narcotics from border areas in Chiang Rai and Chiang Mai provinces.

Methamphetamine tablets and crystalline versions, aka. ‘ice’, is routinely trafficked from northern Thailand’s Golden Triangle, where the Ruak and Mekong rivers intersect with Thailand, Laos and Myanmar, to other countries in South-East Asia and further afield to Australia and New Zealand.

In 2018, a record 120 tonnes of ‘ice’ and methamphetamine pills were confiscated in the Asia-Pacific region, with over half the seizures occurring in Thailand. The trade is worth between 30 – 61 billion US$ a year, with seizures so far proving ineffective in making much of a dent in the problem. 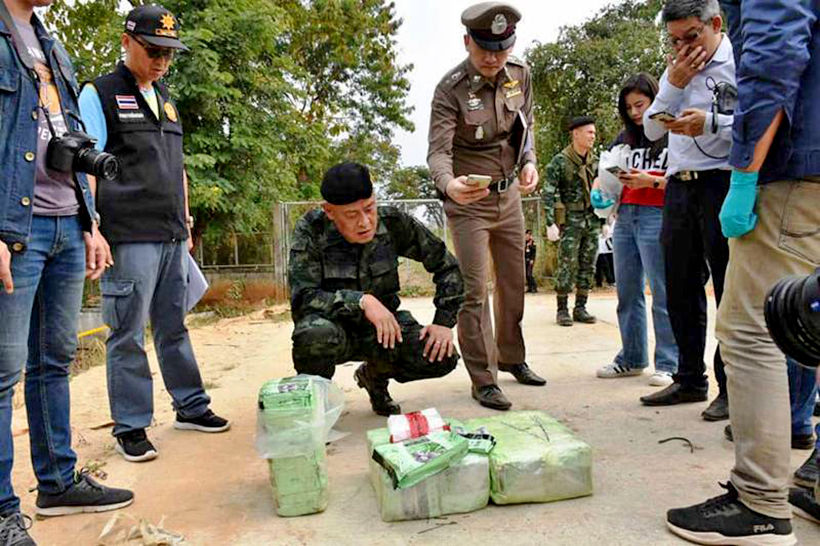