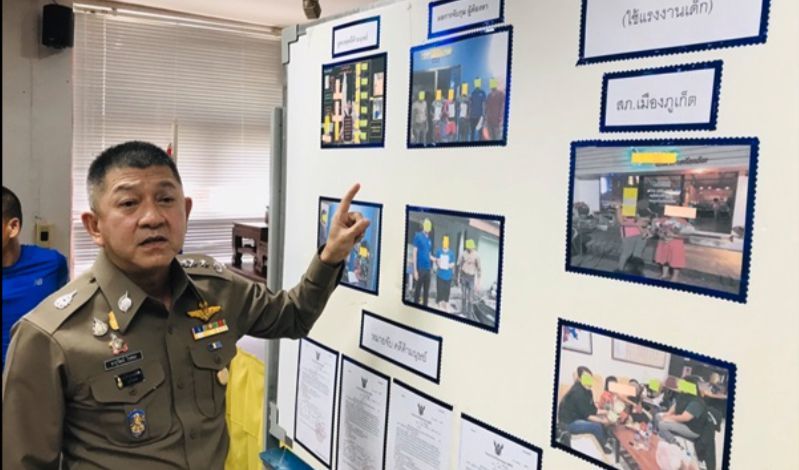 “The child told him that a gang gathered some kids and forced them to sell coconut water and would beat them up sometimes.”

Patong police have announced the arrest of the ‘Coconut Water Gang’. There were four suspects from Nakohn Si Thammarat. The gang was accused of trafficking children by forcing them to roam the streets of Patong selling coconut water. There were four suspects in the case – Wattakarn Aramsee, Khemmika Uppakankaew, Pornthep Uppakankaew and Wachira Poonchuay, who have all been charged with human trafficking.

On October 28, the Phuket District Chief and his secretary identified a child of 10-13 years old walking into the Muang Phuket District Office selling coconut water. The child looked very thin and dirty so they asked the child what happened. The child told him that a gang gathered some kids and forced them to sell coconut water and would beat them up sometimes.

Manager Online reports that the team of police and Phuket Office of Social Development and Human Security, as well as Phuket Children and Family Shelter investigated the child story before taking the child to the shelter. Police also followed up by issuing an arrest warrant.

The suspects from the arrest warrant reacted to this incident by reporting the case to Damrongtham Center in Nakhon Si Thammarat and held a press conference saying that the officers do not have right to keep the child in their custody. They already reported to the Nakhon Si Thammarat police and said that there was no progress.

They also said they will sue Phuket police as well. Following the matter, PM Gen Prayuth Chan-Ocha and Deputy PM Gen Prawit Wongsuwan urged the department involved from Bangkok to investigate the case.

Pol Lt Gen Jaruwat Waisaya, chief of the Royal Thai Police’s Office of Legal Affairs and Litigation, said that the children are underage and were used to sell heavy packs of coconut water and coerced to work more than 10 hours per day.

“They also got abused sometimes. This is unacceptable and we would like to announce that this human trafficking in Phuket must be completely suppressed within few days. This gang forced children to roam around selling coconut water from 7am – 1pm and from 1.30pm – 6pm.”

The price was 40 Baht per pack. The children would hold at least 10 packs of coconut water per person per time. Someday, they can make about 400 Baht and the money would be taken to their families in Nakhon Si Thammarat. If the children wanted to spend the money, it would be deducted from their income. When they returned late or didn’t meet the daily target, they would be “punished”.

Each of them stayed at Saphan Hin village and repeated their routine every day. They made about 6 digits of income for the gang.

There was a 63 year old Cambodian man and a 23 year old woman illegally selling items in Phuket town area as well. 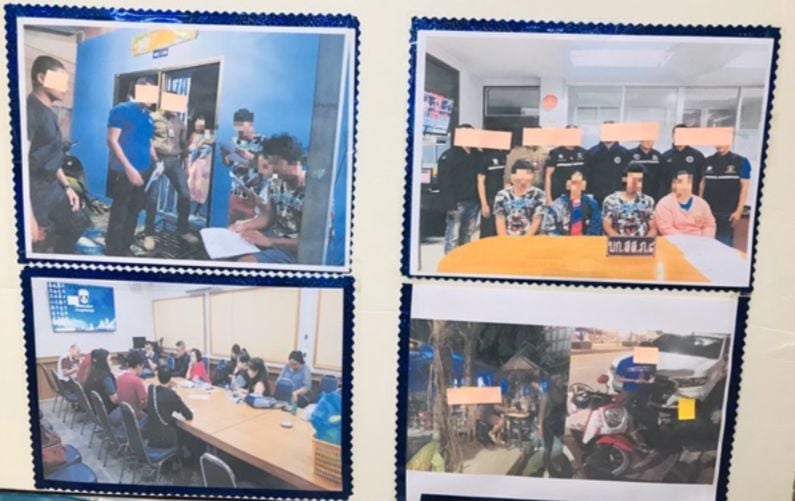